Real-life husband and wife Dave and Odette Annable are no strangers to sharing the screen.

The couple first appeared opposite each other on his ABC drama Brothers & Sisters, then paired up for the Freeform holiday movie No Sleep ‘Til Christmas. More recently, they portrayed spouses who body-swap on Fox’s Fantasy Island reboot.

But when Dave Annable joined his wife on Season 2 of The CW’s Walker, where Odette Annable plays Cordell Walker’s friend/bar manager Geri, it marked a first for them: They found themselves on opposite sides, by way of a long-standing rivalry between the Walker clan and the Davidson family that Dave’s character, Dan Miller, married into.

“Odette was having so much fun on the show [in Season 1],” Dave Annable tells TVLine about his casting in the above video interview with the spouses. “It’s not always the case when you come home from work, and you’re just like, ‘I had a great day. Everybody’s so fun. There’s no drama.’ I got a very fortunate phone call from Anna [Fricke], our showrunner, [like], ‘We’re thinking of you for this role. Are you interested?’ and I said yes before I heard anything else.”

“Without checking in with me!” Odette Annable cuts in.

Adds Dave Annable with a laugh: “The first thing out of her mouth was like, ‘Wait, our scenes aren’t together, are they? We spend enough time together.'”

In all seriousness, “I would love to have more scenes with Dave on screen, because we’ve done it a few times now, and it really is a blast,” Odette Annable says. But since Geri is firmly Team Walker, “so far, we have kept these characters sort of separate. … But if Dan Miller is supposed to cross her path, then she’s ready for it!”

In this Thursday’s episode (The CW, 8/7c), the Walker vs. Davidson divide intensifies when Dan and his mother-in-law Gale (Paula Marshall) enter the Side Step’s chili cookoff competition, where Cordell’s mom Abeline has her eyes on the top prize. But Dan’s passionate dislike and distrust of the Walkers is about more than just who has the tastiest chili. Although he wasn’t around during the fiery, long-ago incident that took the life of his wife Denise’s father, Dan strongly believes that Cordell is responsible for the tragedy. 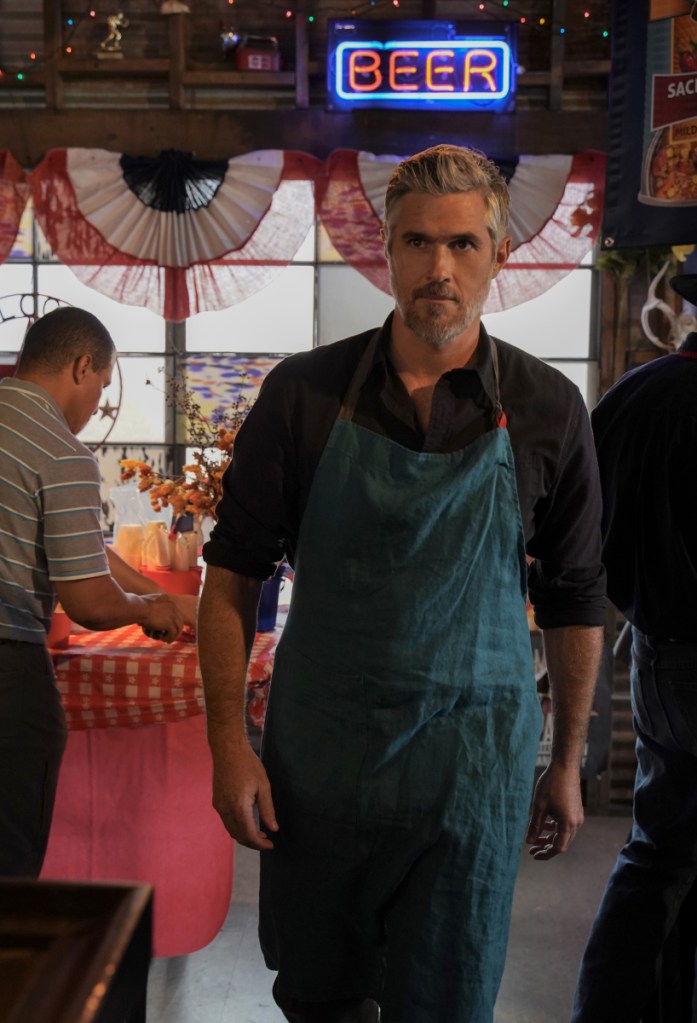 Playing someone who’s a bit darker than his past roles has been a welcome challenge for Dave Annable, who describes Dan as “weird and interesting.” “[Odette] would say this is the character I was born to play,” the actor jokes, before adding, “I really am having a lot of fun with him because he’s wildly different, I think, from who I am. It’s really fun to explore your mean side. I think Dan’s really lost, and he’s trying to do the right thing, but this is how he deals with situations, and I think that’s super interesting, and I’m just having a great time.”

Dan’s almost obsessive hatred for the Walkers might also have something to do with Cordell and Denise’s unresolved (romantic?) history. “I think he’s, for sure, picking up on a vibe,” Dave Annable says. “It’s, certainly, driving him wild… Dan is not going to handle that the best way.”

Speaking of potential romantic relationships, Walker and Geri’s is on hold while the pals try to sort through their feelings and complicated ties, stemming from their respective significant others, the late Emily and Hoyt. “The point is to kind of stretch this out to be sort of like a Ross/Rachel kind of dynamic, because Walker and Geri clearly are very, very fond of each other,” Odette Annable shares. “Their history just goes way, way, way back. They’re best friends. And it’s a little messy because Geri was Emily’s best friend, and Walker was Hoyt’s best friend. Walker and Geri bond for so many reasons, but they really are like family, and both of them cannot deny the fact that they have crazy feelings for each other.” 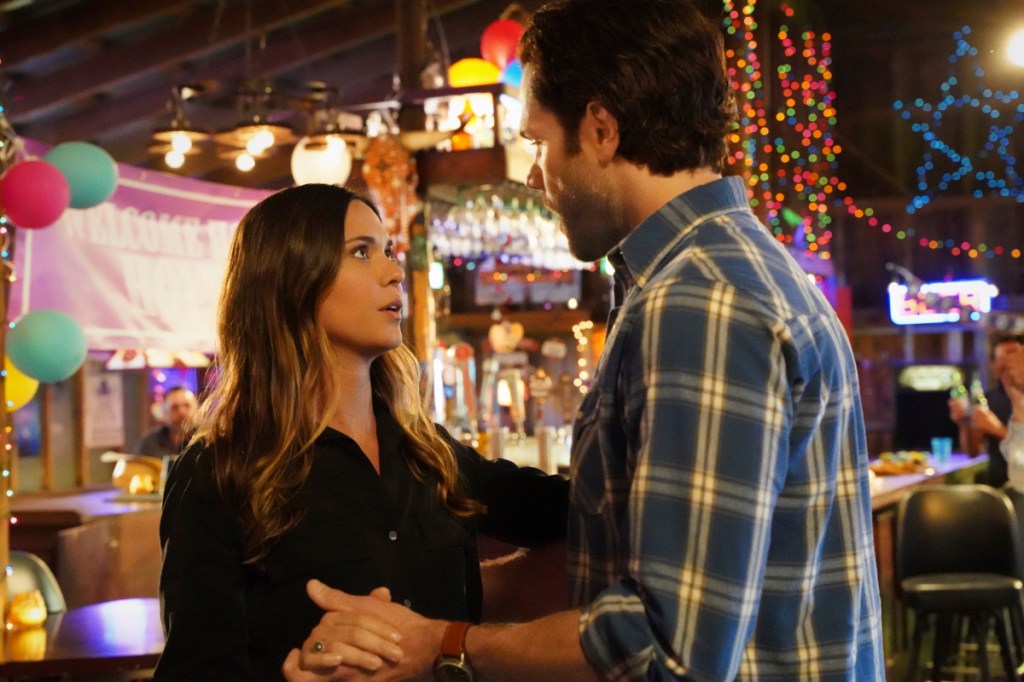 But even though Walker and Geri shared a surprise kiss last season, “it’s in their best interest for them to kind of shut those feelings down and really kind of try to move forward and heal themselves before trying to be in a relationship that may not work right now and may be extremely fruitful in the future,” the actress continues. “They’re both really kind of trying their best to shove it down, but it’s not working as well as they want it to. I think that in this season, you’ll see their individual feelings for each other come out in different ways. It’s a really interesting thing to play just because they both love each other so much, and they know that the timing just isn’t right right now.”

Press PLAY above to hear more from TVLine’s conversation with Dave and Odette Annable, including the advice she gave to her hubby for fitting in on Walker, what they love about working together, and their experiences on Brothers & Sisters and Fantasy Island.