And though it might look like they’re posing on the real Brooklyn Bridge in New York City, the House of Mouse reveals that they’re actually on the Disney lot in Los Angeles, Calif., on the newly minted The Infinity on Disney Stage 1, which is equipped with 700 state-of-the-art LED panels that were used to create the iconic location.

Per Disney, HIMYF showrunners Isaac Aptaker and Elizabeth Berger had conceived of a “pivotal sequence” for an episode that took place on the Brooklyn Bridge. But rather than fly the cast across the country, series director/executive producer Pamela Fryman was able to work her magic in Burbank.

“The logistics and price tag of shooting on location (even when there’s not a pandemic) would have made this scene impossible,” Fryman said in a statement. “But thanks to this new technology, the scene is in the can!”

In addition to the photo, the release confirms that How I Met Your Father is on target for an early 2022 premiere (exact date TBA).

As previously reported, HIMYF takes place in the near future, as Sophie tells her son the story of how she met his father. The retelling “catapults us back to the year 2021, where Sophie and her close-knit group of friends are in the midst of figuring out who they are, what they want out of life, and how to fall in love in the age of dating apps and limitless options,” according to the official logline.

Click on the photo below to zoom in, then hit the comments and tell us if you’re looking forward to How I Met Your Father. 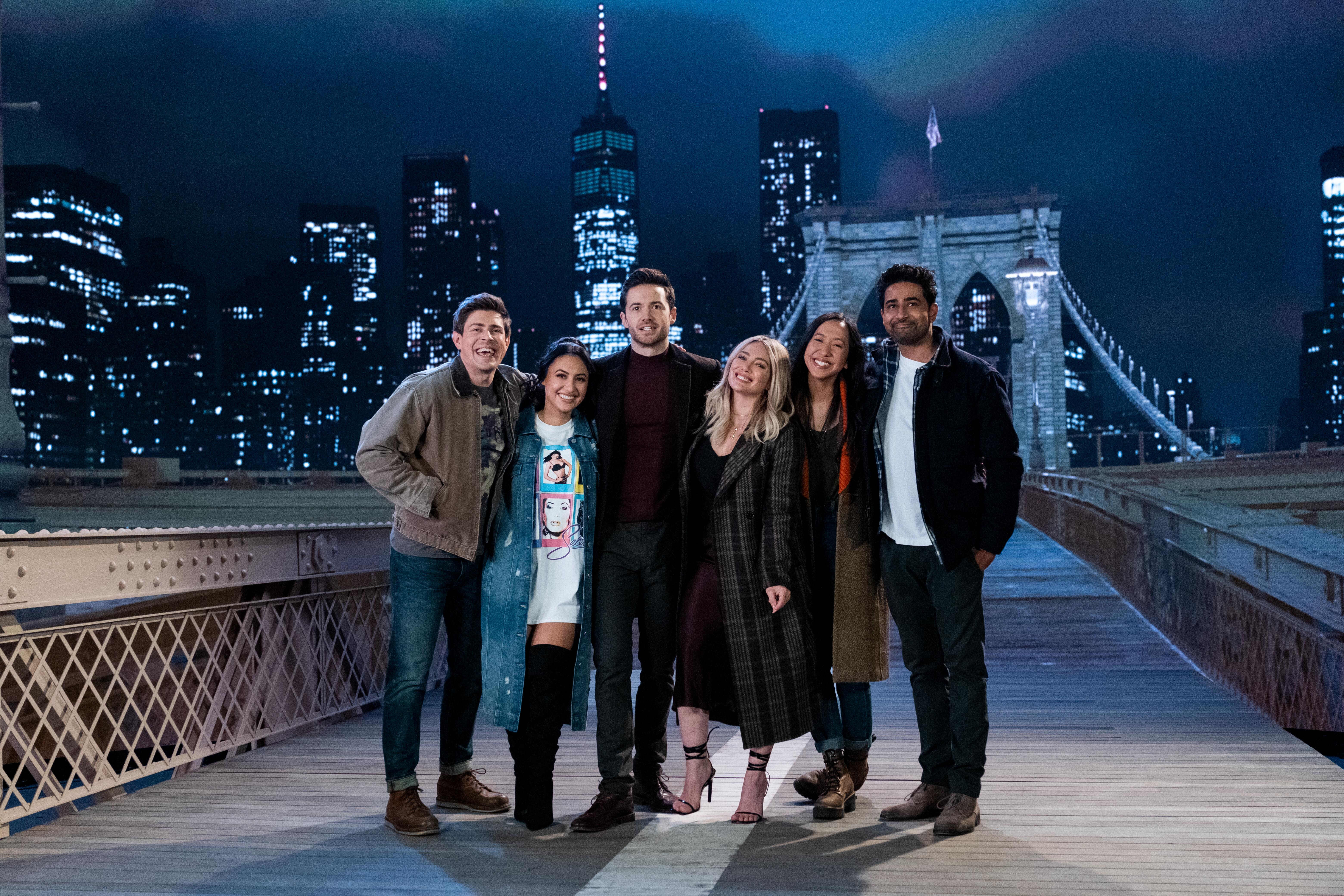