Amado Carrillo Fuentes was a smart man. He was also a man who was running out of time in the series finale of Netflix’s Narcos: Mexico.

Amado raced against the clock, warring cartels, the law and ultimately death to be with Marta, the woman he loved. And as the drama’s third and final season neared its end, the odds against Amado kept getting bigger and higher and wider. After years of Amado paying off the Mexican military and its leader, his well-paid puppet General Rebollo got busted for corruption and was carted off to prison.

Carlos Hank Gonzalez, aka Mr. Hank, had served as the conduit between Amado and Rebollo, his two business partners, but somehow slinked away unscathed as the other two faced the music. Hoping to join Marta at his beach house in Chile, Amado sent Marta some money and the deed to the property, and attempted to fly to her.

When the new and improved Mexican military put an end to that by shooting the engine of his plane and killing his most trusted soldier, Manny, Amado sped away in a truck and headed to a plastic surgeon. Amado attempted to get a new face that would be harder to recognize after his mug kept popping up on the 5 o’clock news and in newspapers all over Mexico. 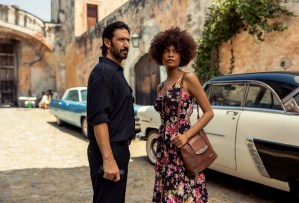 But the most successful drug trafficker in Mexico’s history, the man who was raking in $180 million in cash every 30 days at the peak of his success, died on the operating table.

Or… at least that’s what Mexican authorities told everyone. By the end of the installment, Marta could be seen strolling on a Chilean beach. And when she sashayed into the house, there were two glasses of wine atop the piano right alongside the little toy plane that belonged to Amado’s deceased daughter, the same plane he always carried around for good luck.

Maybe he listened to Pacho’s advice and figured a way out, after all? Perhaps we’ll never know. But just in case, Viva Amado indeed.

Elsewhere in Episode 10, Joaquin “El Chapo” Guzman pretended to be “country dumb” when he was truly “city smart” and got rid of Don Neto and former Sinaloa Cartel boss Hector Palma. El Chapo didn’t kill his former boss, Hector, or his one-time confidant and mentor, Neto. Instead, he had them transferred to another prison so there would be no question that he was the boss.

With Mayo’s help on the outside, El Chapo became the Sinaloa patron no one saw coming. Speaking of Mayo, his men pretended to be cops and killed Ramon Arellano, much to the shock and horror of his older brother Benjamin and sister Enedina, who were still on the lam. 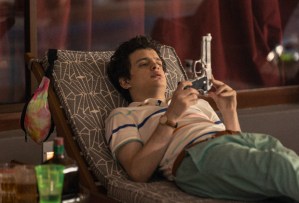 Before their reign and influence slowly weakened, the Arellanos had that poor kid Alex — the one Walt had tried to protect — killed. And his lifeless body dangled on the side of a bridge as a warning to anyone who thought about snitching.

The Arellanos also tried to murder the editor-in-chief of the La Voz newspaper for telling the truth about them. But Andrea never stopped seeking and reporting what was really going on, and in a meta moment the new narrator met the original one as Andrea interviewed Walt, who revealed how the DEA failed murdered Narco Juniors Alex and his brother Alfredo.

The DEA failed to protect former Mexican police officer Victor Tapia, as well. He only made a deal with Kuykendall to better investigate the murders of innocent female factory workers who never made it home. Victor even thought he’d killed the murderer. But if that guy was the killer, he was one of many.

Then one day, Victor went out on an “assignment” for Vicente and didn’t make it home either after his former partner from the force shot him dead for being a DEA informant.

What did you think of the series finale of Narcos: Mexico? Grade Season 3 in our poll and drop your thoughts in the comments.