Things are getting real for Gentefied’s American Dream-chasing cousins in Season 2.

The Netflix comedy wrapped its first season with Pop being taken away by ICE, and it looks like his potential deportation will become a key part of the story when new episodes arrive this Wednesday.

“He’s in limbo,” series co-creator and co-showrunner Marvin Lemus tells TVLine. “He has the court case, and he has a few months to start to fight and to push to be able to stay in the country, and in the first episode, we see him struggling with whether he even wants to go on this journey.”

Lemus and the writers entered Season 2 “wanting to explore this other facet of immigration that we don’t normally get to see,” he explains, “to get into the nuance of how it affects the entire family and how family separation can look in a way that happens every single day, where people are just trying to be in their joy, trying to create memories… but in the background, always having this looming dark cloud, [that] all of this could be swept out from under us at any point. We wanted to do that while still being able to see all of their joy and how they use the humor to cope with it.” 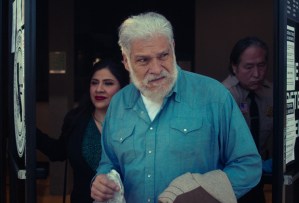 America Ferrera, who serves as both an executive producer and director on the series, thought of Pop’s “strength and dignity and what it would cost a man like that to have to beg for his life and beg to be seen as worthy” when discussing his Season 2 storyline.

“That would do a toll on your ego,” she says, “to get to see him go back and forth with, ‘Is this worth living like this? To constantly have to prove that I’m a human, worthy of living my life even if I haven’t lived every single moment to the letter, and I’ve been the model citizen that people need me to be to give me the opportunities that I want.’”

For Karrie Martin, who plays Ana, Pop’s deportation case is “her entire life right now. This is the force that drives who she is as a person this season.”

In Season 2, the series will also explore other topics such as anti-Blackness within the Latino community in Episode 5, and possibly losing Mama Fina — which is basically their second home — after it was purchased by a woman named Vivian who wants to turn it into a trendy, inauthentic spot. 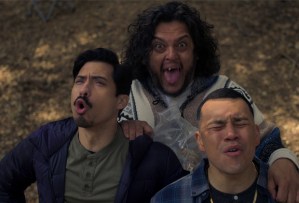 “I think it definitely raises the stakes,” Carlos Santos, who plays Chris, teases. “The first season ended with so many cliffhangers, and we hit the ground running on the first episode of the new season.”

“I definitely feel like Mama Fina’s is home just as [much as] the home that we sleep in,” notes Joseph Julian Soria, who plays Erik. “To have that in jeopardy… How would you feel if you’re about to lose your home?”

While the season will delve into more serious subject matter, the show won’t forget to celebrate its characters. The season will also feature a holiday episode which showcases how Latinos celebrate Christmas in Southern California.

“Celebrating at the beach is such a big thing for us, so seeing Erik and his knee-high socks running around the beach… we called it the Mexican Kennedys because that’s what we grew up with,” says co-creator/co-showrunner Linda Yvette Chávez. “When you talk about authenticity, it’s those little nuances that we’re always trying to pull out of the characters and the scenes. We know there are going to be people out there being like, ‘Oh my god! I’ve never seen that before. That’s us. That’s how we live.’”

“I grew up in L.A., where Malibu is super white,” Ferrera adds, “and maybe it’s just the movies I watched, but beaches in Hollywood feel exclusively for rich white people. To imagine that this brown family went and Airbnb-ed a beach house to go sit around a beautiful campfire and celebrate their Christmas… it’s so simple, but it made me cry to think that we don’t get to see ourselves in these contexts. Just the opportunity to get to create that image… Marvin directed that episode so beautifully, and the images are so gorgeously shot of these gorgeous brown faces living life on a beach. Why shouldn’t we get to see ourselves in that way? And there are so many of those moments all throughout the season.”