The nuns and nurses at Nonnatus House faced two conundrums on PBS’ Call the Midwife Sunday night: creating an outreach program for pregnant women in the South Asian community and taking a stance prior to England’s 1967 Abortion Act.

The first matter presented itself when Nurse Lucille and Sister Frances were called to help an Indian woman who had given birth but was bleeding excessively. Nurse Lucille tried to help the new mother push out the baby’s remaining placenta, which had somehow become dislodged, but there was too much and she needed to go to the hospital for an operation.

The woman resisted initially because of cultural customs but, with a little convincing, rethought her position and did what was best for her health. After the procedure, the patient was fine and Nurse Lucille explained to Sister Frances that due to language and cultural barriers, many women from the South Asian community choose not to see doctors or go to hospitals, and they suffer and sometimes die as a result.

This inspired Sister Frances to start an outreach program that would make expectant South Asian mothers feel comfortable seeking medical care. Sister Julienne supported Sister Frances’ enthusiasm and desire, but said she’d have to find the funding on her own because Nonnatus House was financially strapped. Sister Frances would also have to create her own fliers and find a competent translator. 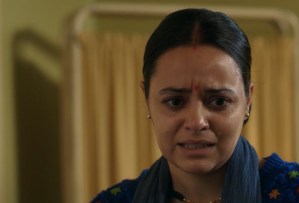 Luckily for her, the incomparable Miss Higgins could make fliers and — because she grew up in India for a spell as a child — speak Punjabi. The funding eventually came from Violet’s community council. The biggest hurdle turned out to be encouraging Sarita Gupta to see Dr. Patrick Turner.

Sarita’s husband Raju helped with the latter and also got her to open up to Dr. Turner and Nurse Shelagh Turner about her horrible experience in India as a child, which explained why she cleaned obsessively and feared hospitals. Sarita would likely need counseling at some point but the Turners’ compassion put her mind at ease enough to give birth to a beautiful and healthy baby boy at the maternity home, with Sister Frances overseeing the delivery.

The abortion reform issue proved a lot more complicated. Abortion was illegal in England until 1967 but rich women could undergo the procedure in private clinics that labeled the procedure as something else. Poor women, such as Nurse Trixie’s patient Cherry Watson, oftentimes tried to perform abortions themselves causing horrific outcomes. Cherry, the impoverished mother of four, was married to an abusive man who had lost his job and the family lived in a hovel. 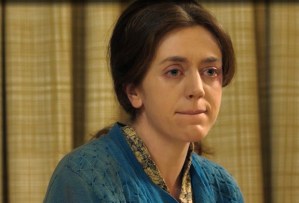 Afraid that she had no other option, Cherry attempted to terminate her pregnancy using a skewer and ended up giving herself an infection. Dr. Turner and Nurse Trixie treated the infection, which thankfully didn’t harm her or the baby, and they also didn’t call the police. This angered and confused Pupil Midwife Nancy, who said the law was the law.

Nurse Trixie said abortion was more complicated than any law written by men and took her beliefs one step further by writing the newspaper’s editorial board and explaining that the issue should be between a woman and her doctor and not the government. Nurse Trixie, who works with Anglican nuns, also reiterated she was speaking as an individual and not on behalf of Nonnatus House. Her letter garnered so much attention, BBC Radio asked Nurse Trixie to come on its political debate show to argue her point and she did.

Pupil Midwife Nancy was so moved by Nurse Trixie’s convictions that she confessed to the other pupil midwives, nurses and nuns that she had a daughter who was secretly being raised by the nuns from the orphanage where she grew up. This lie of omission troubled Sister Julienne, who said she now questioned Nancy’s character for leading a double life.

What did you think of Call the Midwife Episode 6? Drop your thoughts in the comments.