One of the major perks of having a living person around for CBS’ Ghosts? Access to Facebook!

In this Thursday’s episode (CBS, 9/8c), deceased troop leader Pete convinces Sam to track down his living wife (played by The Marvelous Mrs. Maisel‘s Caroline Aaron), then invite her over to the estate for a visit. “We’re now starting to enter the part of the series where [the ghosts] are seeing a huge upside to having Samantha in their lives and having the ability to communicate with her,” executive producer Joe Port tells TVLine, adding that “the other ghosts, while they might be slightly jealous that their significant others from centuries past are no longer around, are very supportive and happy for Pete.”

But not everyone is thrilled that Sam is playing intermediary between the spirits and the loved ones they left behind. Her husband Jay “is a fan of science-fiction and knows that when people start messing with the line between the living and the dead… there’s always something that goes horribly wrong,” EP Joe Wiseman previews. “So he cautions Sam against doing that, much to the chagrin of Pete and the other ghosts. And I won’t say whether he turns out to be correct or not, but I don’t think people are going to be surprised that something does go awry.”

Pete’s long-awaited, one-way reunion with his wife makes for “a very special” and “heartwarming” installment, Wiseman describes. “[It] probably leans a little bit more into the emotion than a typical episode, but I love it, because it’s earned. It’s very effective,” the EP boasts. 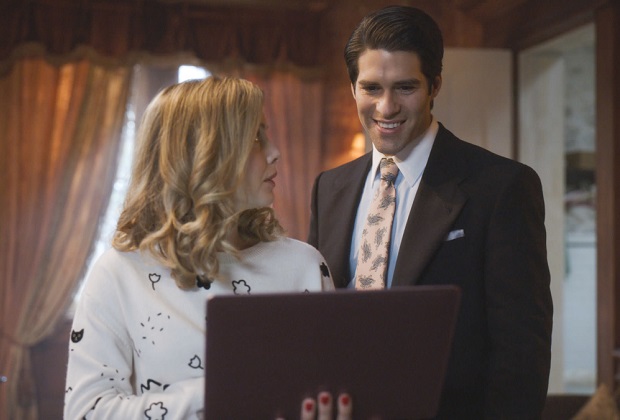 Meanwhile, another ghost gets more than he bargained for on the Internet, when Sam discovers that Trevor may have a daughter out in the world. “Sam is going to help all the ghosts explore their lives and the reasons they might be stuck in this purgatory and what issues they need to resolve,” Port says. “For Trevor, he gets a glimpse into the fact that he might be a dad, and it really changes his mindset of somebody who was a bit of a player and a fratty bro. He’s now going to see life as the possible father of a daughter — or the afterlife, I guess.”

Adds Wiseman: “[The ghosts have] really been shut off from the outside world. So one of the things that Sam brings with her is just a wealth of information and access to the Internet, movies, TV shows — stuff that a few of the ghosts had some exposure to while they were alive, but definitely have not had access to in their death.” 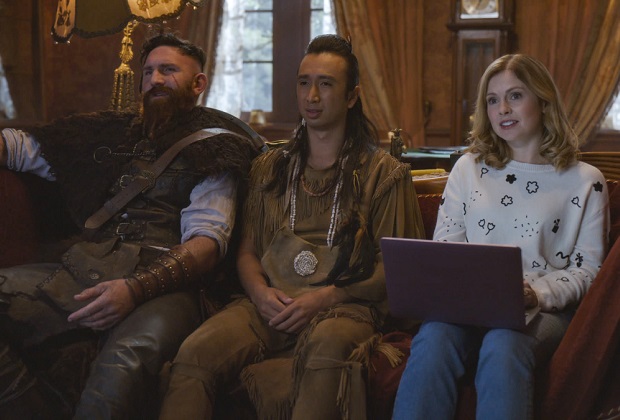 Speaking of TV shows, this Thursday’s episode also finds Thorfinn and Sasappis getting addicted to a trashy (but brilliant?) fake reality series titled “It’s Getting Hot in Here,” which leads to a squabble when one of them continues binge-watching without the other. The two characters “have a special bond. They’re the two ghosts who have been here the longest,” Port explains, “and this episode, we get to see them air out the grievances that have built up over the centuries, which is fun.” (You can also expect the TV set to play an important role in the ghosts’ lives moving forward. When Sam goes away for a couple of days in a future episode, “one of the things they keep reminding her to do is to please leave the TV on,” Wiseman shares.)

All told, Port believes this week’s episode is a prime example of “something that this show can do really well,” in “mixing the sad and the funny and having a lot of heart,” he says.