The beginning of Yellowstone’s Season 4 looks an awful lot like it’s going to be the end of at least one character.

You’ll recall that in Season 3’s momentous finale (recapped in full here), John was gunned down while playing good Samaritan, a bomb went off in Beth’s office, shots were fired in Kayce’s, and Jimmy’s attempt to get back in the saddle left him looking well and truly bucked. But which of them won’t survive the Paramount Network drama’s two-episode Season 4 premiere (Sunday, 8/7c)?

We can probably rule out John since c’mon, Kevin Costner is the name off which the whole enterprise is hung. Plus, killing the character would cut short the uneasy alliance with Rainwater that Season 3’s ender hinted was coming. 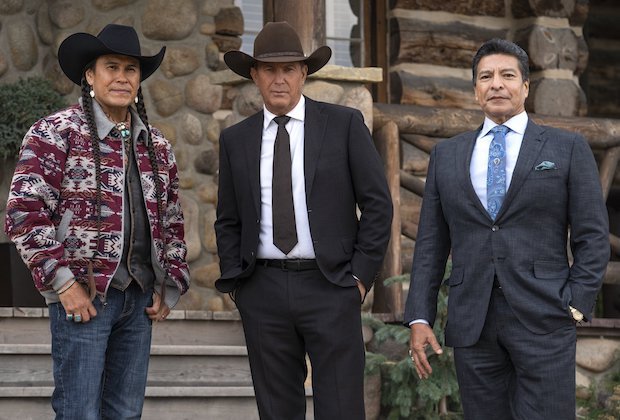 Beth? Forget it. Yellowstone without Kelly Reilly’s human tornado would be like a glass without whiskey in it: just sad. Kayce, then? While it might be interesting to see how Jamie fared without being compared by his adoptive father to his golden-boy brother, the seeds were already planted to move the character more deeply into politics.

At some point, we’ve got to get Kayce vs. Jamie for governor, right?

That just leaves — gulp — Jimmy. Would the show really bump off the sweet-hearted dimwit who’s so often served as its comic relief? Maybe it’s wishful thinking, but we want to say no. Jimmy’s too beloved.

So our bet is that Yellowstone is pulling a fast one, and no major character is actually going to start the season pushing up daisies. What do you think? Vote in the poll below for the character that you suspect will meet their maker, then back up your pick in the comments.