This week on CBS’ FBI: International, the freshman drama will pull from two different sorts of headlines when the Fly Team investigates the poisoning of an American journalist — perhaps by Russians — after his attempt to meet with a source in Poland.

Executive producer Derek Haas says that the merging of two real-world, innately international topics — surreptitious poisonings, and attacks on investigative reporters — was one of the first story ideas coming out of the FBI spinoff’s writers room.

“We thought about the whole ‘enemy of the people’ [attack on journalism] and the way that investigative journalists have been threatened around the world, and it just felt like a natural area for us to explore,” Haas recalls. “But we also were reading about the Russian poisonings that have happened, with Litvinenko in England and the one where they poisoned [a spy’s] underwear, and we thought, ‘Is there a story we could do that combines these two ideas?'”

The result, airing Tuesday at 9/8c and titled “The Soul of Chess,” turned out to be “a really strong episode,” Haas attests.

Haas notes that across the procedural’s first four episodes, “We’ve done the thing where we’ve been a little combative with the law enforcement of a different country” as Special Agents Forrester (played by Luke Kleintank), Kellett (Heida Reed), Raines (Carter Redwood) and Vo (Vinessa Vidotto) get to poking around a foreign locale, risking running afoul of customs and regulations. This week’s case, though, finds “the Polish government calling us and wanting us and our expertise to help,” the EP previews. 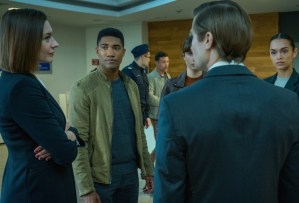 Smoothing things further, “We have Jaeger (Christiane Paul), who’s with Europol and is our liaison between the FBI and whatever country we’re visiting at the time,” Haas says. “We hint that she has a background with the Russians, so she needs to meet with her Russian counterpart and try to figure out exactly what their [country’s] involvement is — and that can be thorny!”

Haas notes that more than just solving the poisoning that’s already transpired, “being a Dick Wolf show, we always have a sympathetic victim we’re trying to protect, so there’s another journalist” the Fly team, is trying to keep from meeting the same grisly fate. 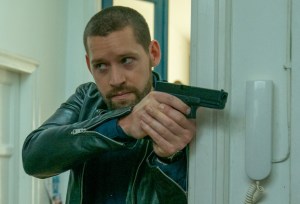 Haas says that as the case unfolds, “There are good twists and turns throughout,” but this biggest payoff perhaps comes in the form of “a personal story that begins in this episode, with Scott Forrester vis a vis his mother, who last we heard had betrayed their country and fled, and hasn’t been seen since 2005. So, there just might be a sighting of Forrester’s mother….”

Want more scoop on FBI: International, or for any other show? Email InsideLine@tvline.com and your question may be answered via Matt’s Inside Line.