Matt Casey’s (temporary?) replacement has been found, and he at least once had Level 7 clearance.

TVLine can confirm that Chicago Fire has tapped Agents of S.H.I.E.L.D. alum Brett Dalton to recur as new interim Lieutenant Jason Pelham. The character makes his debut in this Wednesday’s episode, airing at 9/8c on NBC.

As previously reported, series lead Jesse Spencer — who had played firefighter Matt Casey for 10 seasons — exited the long-running drama during last month’s 200th episode. The special installment found Casey leaving the Windy City to take care of his late friend Andy Darden’s sons in Oregon. His departure left a vacancy on Truck 81, which is now without a leader.

Having passed the lieutenant’s exam, Stella seems to be a natural candidate for the position, but whether she will actually get the job “is going to be a hot topic of conversation through this next batch of episodes — whether they’re going to hold a spot for her while she’s off doing her good work for Girls on Fire,” showrunner Derek Haas told TVLine. 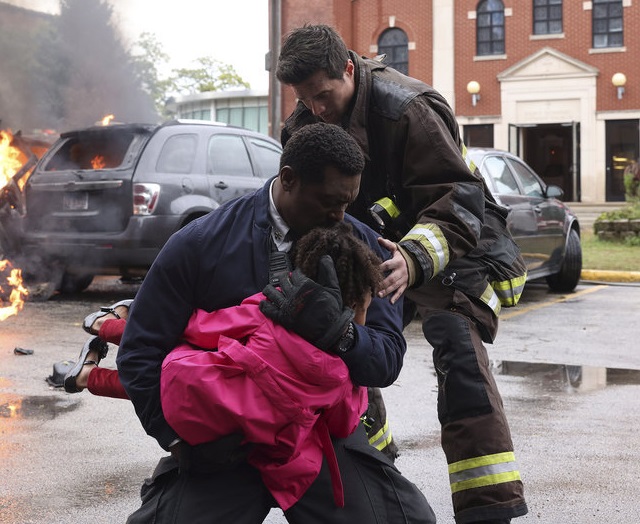 In the meantime, Dalton’s character — who was first spotted by some eagle-eyed fans, in this episodic photo — will join the Firehouse 51 crew.

In addition to his four-season run as Agents of S.H.I.E.L.D.‘s Grant Ward/Hive, Dalton’s previous TV credits include episodes of Blue Bloods, Army Wives, Elementary and Deception, plus voice work on shows such as Robot Chicken and Milo Murphy’s Law. Most recently, he played Captain Vincent on the children’s mystery series Ghostwriter.

Fire fans, are you excited to welcome the S.H.I.E.L.D. vet to the #OneChicago fold? Hit the comments with your thoughts on the new addition!