The first trailer for Disney+’s The Book of Boba Fett teases the legendary bounty hunter’s plan to rule his Tatooine territory “with respect,” not fear, as onetime crime boss Jabba the Hutt did. 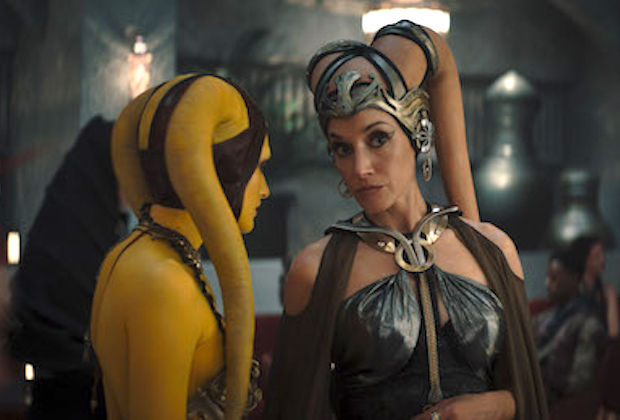 Disney+ on Monday also released a poster and first episodic photos, found in the gallery above.

Teased in an end-credit sequence following The Mandalorian‘s Season 2 finale and set to premiere on Disney+ Wednesday, Dec. 29, The Book of Boba Fett finds the titular bounty hunter (played by Star Wars Episode II: Attack of the Clones’ Temuera Morrison) and mercenary Fennec Shand (Agents of SHIELD’s Ming-Na Wen) navigating the galaxy’s underworld when they return to the sands of Tatooine to stake their claim on the territory once ruled by Jabba the Hutt and his crime syndicate.

After delivering a most unexpected (yet not) cameo by Luke Skywalker in its Season 2 finale’s closing moments, The Mandalorian slipped in a post-credits scene in which Boba Fett, with help from Fennec Shand, gunned down Bib Fortuna to lay claim to the throne inside Jabba the Hutt’s palace on the planet Tatooine. After the formidable duo settled in, the title card “THE BOOK OF BOBA FETT…. COMING DECEMBER 2021” appeared on-screen.