Ordinary Joe is pulling back the curtain on those fateful, life-changing days right after graduation during Monday’s all-flashback episode (NBC, 10/9c).

The hour not only reveals how Joe went in three very different directions, but also provides insight into Jenny’s pregnancy and what she was going through when she opted not to tell Joe about the baby. “You get to see her alone with that decision and how the different choices that Joe makes influences her decision. It’s heartbreaking,” her portrayer Elizabeth Lail tells TVLine.

The unexpected pregnancy sends Jenny reeling as she deals with an avalanche of emotions. “That core feeling of fear of failure, of feeling like you’ve let down your parents, all the things that come with the potential of unwanted pregnancy, just like deep shame overcomes her and a disbelief,” Lail describes. 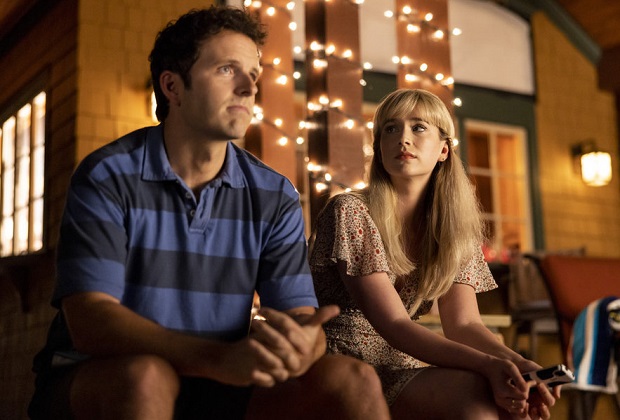 While Jenny is very much alone with her decision in the timeline where Joe goes on to become a rock star, she does find a source of support in the cop timeline. “You’ll get to see her connect with Ray,” Lail says, adding that Jenny’s future husband — who raises Joe’s son as his own — is “a good guy, so I think we’re going to be rooting for him.”

Below, Lail talks about Jenny’s decision to keep the truth from her college boyfriend and whether she’ll tell Cop Joe about his son.

TVLINE | Do you think that Jenny made the right choice by not telling the two Joes about the baby?
Well, I want to say no. And I don’t necessarily believe in right or wrong, so there’s a part of me that’s very protective of Jenny in all three versions. She did what was best for her at the time. She did the best she could do when it comes to being vulnerable in that way. It’s such a scary moment when it’s unplanned, and your life, as you know it, is going to be totally different. In the show, we see what an incredible father Joe turns out to be, and we see how supportive and loving he actually is of her. And I would think that doing the hard thing and being honest and vulnerable with the people you love tends to pay off in the end. Because now in these other worlds, she carries this secret that is heavy. At the end of the day, that kind of secret can make it hard to love and be loved. So I’m sad for her in that way. 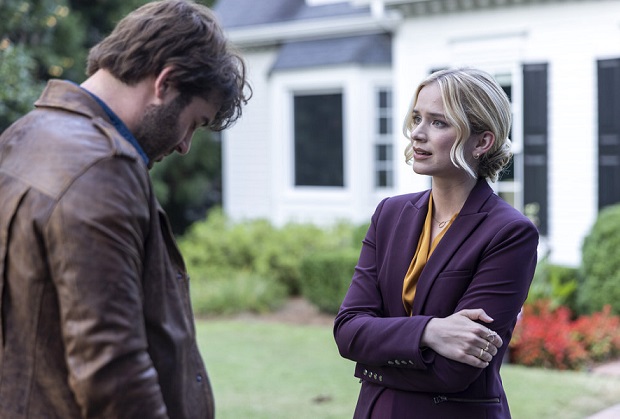 TVLINE | I’ve seen some viewer frustration with Jenny about her withholding that information. But Music Joe is not really acknowledging how difficult it was for Jenny to give up the baby, and that he’s bringing all that pain back up to the surface for her every time he tries to reach out to Zeke.
I know. Well, he is a rock star, and you can kind of tell. He’s a bit selfish in that way. It’s been nine years, and he’s not remembering that Jenny carried this child for nine months. She saw this child and then made the decision to give him away, thinking that was what was best. Any of us, if someone came to us like, “How the hell could you make that choice?” we’d become defensive. It’s like, “Well, we did what we could at the time. You weren’t there, so you can’t say.” 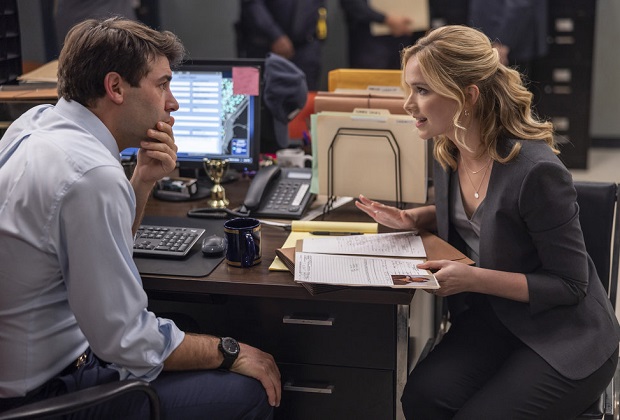 TVLINE | In last Monday’s episode, we saw Jenny and Cop Joe working together against Diaz. Is that going to bring the two of them closer together? Might that create some problems for Cop Joe and Amy?
Jenny and Joe, it’s like a moth to a flame. And because Jenny has this secret of, “Oh, I’m raising your child,” I think there’s a part of her that is just drawn to him and wants to be close to him, and wants to know him more, and wants to tell him. The truth sets you free, right? So I think it’s just always kind of at the tip of her tongue. And I do think that working together is like an access point for her to eventually tell him the truth.

TVLINE | What do you think stopped her from telling him in that particular timeline? Because we saw that she did tell him at the reunion in the music timeline.
I think it’s Ray. I think it’s the agreement. She has a partner who she has to consider. And [Joe] is there, with seemingly his date and seems happy, excited and healthy. Whereas in the music timeline, he’s complaining a little bit about how his wife and him are struggling to have children. And again, it’s like always at the tip of her tongue. It just comes out of her, whether she wants it to or not.

Press PLAY above to watch an exclusive sneak peek from Monday’s episode, then hit the comment with your thoughts!