This Sunday on SEAL Team — in the military drama’s final CBS airing before moving exclusively to Paramount+, and the launch of a three-part arc — Bravo braved a brewing, new war zone, where they dealt with cagey, new decision-makers.

But first, before the boys and Lisa got the call to spin up, there was much personal drama to navigate. Clay and Stella were grabbing a coffee and planning their baby announcement strategy (sorry, Mark Zuckerberg!) when who walks by but Ash, whom Clay hasn’t heard from in about two years (since their faltered father/son TBI issue team-up). After Clay and Stella share their months-old wedding news, Ash spots the sonogram photo on the cafe table. Ash talks of teaching the grandkid how to fish and such when Clay cuts him off, mocking his sudden interest in family. When Ash slinks away (and after Stella calls out her husband on his rudeness), Clay catches up to his dad and notices a blood splotch on his shirt, suggesting he has a chemo port — but Ash won’t say anything about his cancer.

Elsewhere, Jason kept Emma’s boyfriend Brad on his toes, then just as he got the call spin up, they shared with him their plan to live together. Jason laughs out loud at the prospect, then at least lays out some terms — after Emma graduates, and after Brad finds a job. Brad says he has just enlisted with the Navy (with designs on becoming a SEAL!), and on that note, Jason shuts down the conversation until he gets back. Meanwhile at the Bulkhead, Lisa grabs a lunch/bats around thesis ideas with handsome Grant, who’s in the DoD fellowship with her, when Sonny (fresh off being chastised by Hannah for helicopter parenting) spots them from the bar. Just then, the news breaks about a series of terrorist attacks on tourist spots in West Africa.

Onto the the mission at hand…. A group dubbed SGS and described as “latter-day Isis disciples” has supplanted Boko Haram as the most powerful terrorist force in the West African region, Blackburn and Davis report, and they are behind the attacks that left more than a hundred dead. With the Pentagon demanding “emphatic action,” Bravo leaves to make camp in Burkina Faso — though when they get there, it’s clear that the CIA, at least, has been in town for a good while ahead of the attacks.

Bravo’s CIA liaison, Carl Dryden, is tight-lipped and even keeps Lisa on her toes. At first, Bravo is tasked with targeting a total of three HVTs in two neighboring safe houses at night, though just as they are about to kick some doors, Dryden tells Davis to order Bravo to stand down. A puzzled and frustrated Bravo returns to camp, where Dryden eventually shares the latest intel and a comparatively audacious plan, to target the HVTs in broad daylight, before they board planes leaving a small airstrip near a petroleum plant. Though not without their reservations, Jason and Ray (who is acting as OIC, with Soto deployed elsewhere) agree to the plan. 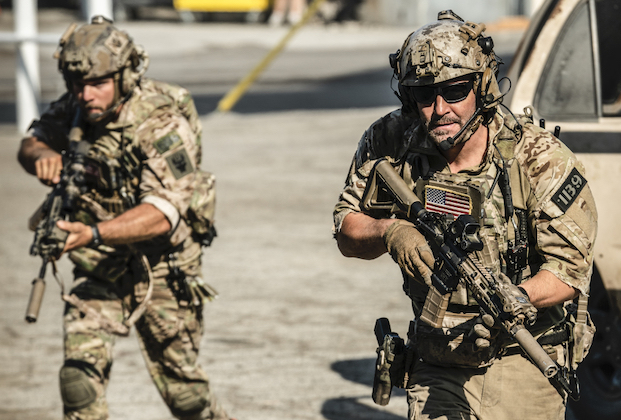 Sure enough, just as they are pulling up near the airstrip the next morning, Bravo finds themselves under fire. They quickly pull over and enter the plant on foot, where they gun down several tangos — including two of the HVTs. When they then get pinned down by a machine gun nest, Trent takes it out with some sort of grenade. Bravo then breathes easier and gets to gathering/relaying intel from the terrorist command center they found inside the petroleum plant. Lisa and her analysts learn that the last HVT is planning to board a train, to suicide-bomb the U.S. consulate during his travels. But just as Bravo is clearing out of the SGS command center, one photo of many taped to a wall catches Jason’s eye — it’s of Mandy, who clearly is/was being held prisoner by SGS. Seeing what Jason sees, Ray nudges Bravo 1 to stay on mission, though Jason obviously will want to do whatever they can to find and save their friend.

What did you think of the episode “Need to Know”? And will you follow the series to Paramount+, to watch the rest of Season 5? (Episode 5 is available to stream Nov. 1, with new episodes then releasing every Sunday exclusively on Paramount+. Click here see “free month” code for veterans.)