Both the Walker family and Micki were greeted by unexpected blasts from the past in Thursday’s Season 2 premiere — but one of them might not be as unwelcome as the other.

Picking up three months after last season’s finale, Micki is so deep undercover that her boyfriend Trey hasn’t talked to her in almost a month. Meanwhile, the Walker family is trying to start fresh, but old memories come flooding back when their former neighbors, the Davidsons, return to the property next door. The two clans have bad blood, which seems to stem back to when a teenage Walker and Denise Davidson snuck into a barn that ended up catching fire. (Oh, and Abeline broke off her engagement with Marv Davidson for Bonham!) 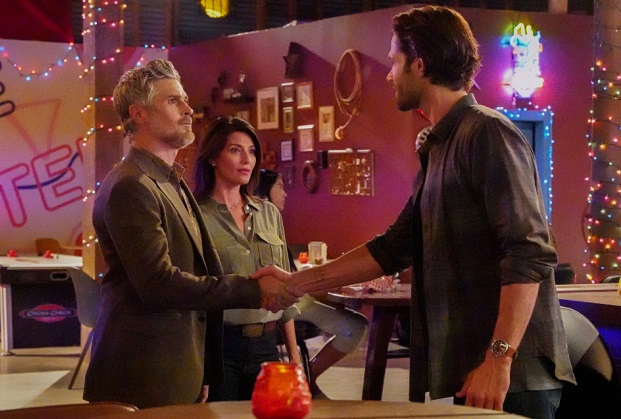 Now Denise (played by OG Gossip Girl‘s Amara Zaragoza) is back in town with her mom Gale (Gary Unmarried‘s Paula Marshall) and her son Colton (Rebel‘s Jalen Thomas Brooks), and — surprise! — she’s the new DA. Liam is not handling the news well and gets drunk at the Side Step, where Denise and her husband Dan Miller (Brothers & Sisters‘ Dave Annable) also show up. “You lost to a guy who was on trial for murder?” Dan mockingly says to Liam. Things escalate from there, with Dan exclaiming that Denise’s father Marv died in the fire because he was trying to save Walker. Liam punches Dan, which feels like a very bad move for a public official, if you ask me. Luckily, Trey breaks up the fight.

Denise and Walker’s kids don’t get off to a much better start. After a clash in the school parking lot, Stella accuses Colton of scratching her car, then Colton calls her a spoiled brat, leading August to punch him. All three end up with detention. (For what it’s worth, Colton was telling the truth when he said he didn’t do it.) After that incident and the one at the bar, Walker suggests to Denise that their two families meet for a peace summit, and she agrees to it.

The following morning, Liam questions Bonham and Abeline about what happened the night of the fire. Everyone has a different memory of what went down, he notes, recalling that the Davidsons even sued their family. Liam can’t help wondering if there’s more to it, and it certainly feels like there’s something his parents don’t want to discuss. Gale’s pointed comment to Abeline about her gardening skills (“You know what you’re doing, knee-deep in dirt”) is also eyebrow-raising. 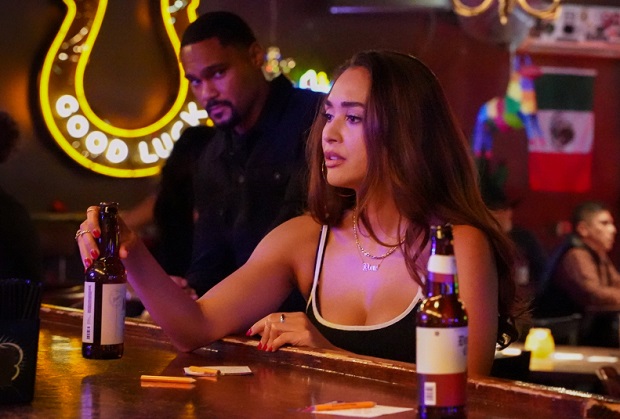 Meanwhile, Micki is in Del Rio, speeding like mad and driving a car right off a tow truck to get in with crime syndicate leader Serrano by way of his lackey Spider. She asks Captain James for more time, and he reluctantly grants it to her. Spider promises to put in a good word with Serrano for her, even though she won’t open up about the guy who taught her how to drive like that. When Spider leaves the bar, Trey approaches and surprises Micki, saying he used to know a girl with the same smile. “I really hope that girl of yours comes home. I really do,” Micki replies almost tearfully, before adding, “I love you, but leave.” Shortly after that exchange, Spider is killed when he lands on the roof of a car.

Having learned from Trey that he was the real target of the shooting, Walker doesn’t show up at the peace summit and instead goes to help Micki, who beats up her partner to protect her cover. She later tells Walker that she can’t let him get dark and unhinged like he did when he came back from being undercover. Walker asks why he would let her do the same thing to herself. But Micki is so very close, and by the end of the episode, she gets a face-to-face meeting with Serrano, who arrives with another man in tow. Over comms, Walker asks who the second guy is. With a shocked and almost wistful look, Micki replies, “It’s the one that got away.” Yes, it appears to be Garrison, her troublemaker teenage pal!

Finally, those hidden cameras from the finale? They’re still spying on the Walker family.

What did you think of the season opener? Is Garrison bad news for Micki and Trey? Grade the episode, then hit the comments!