Hope Mikaelson’s days have been numbered since long before Legacies began, but we never could have predicted the path she’d take to get there — nor the people she’d encounter along the way.

TVD, The Originals and Legacies: 23 Actors Who Crossed Between Shows

Thursday’s episode, which was technically written to be the penultimate hour of Season 3, significantly sped up the clock on Hope’s inevitable transition into a full-blown tribrid by pitting her against a new Malivore monster. And not just any monster. This one turned out to be a Mystic Falls High School student named Blake, though she didn’t know that until after she impaled him through the heart.

“I have to become the tribrid before anyone else gets hurt,” a distraught Hope told Alaric. “We all knew this day was coming. Here it is.” (Gah! I’ve never been more excited for a TV character I love to die!)

But Alaric wasn’t about to let his favorite student (sorry, Josie!) sacrifice herself, especially since killing Malivore that way could also mean curtains for Landon and Cleo. He also voiced a new concern, questioning whether Hope is prepared to become the most powerful being in the world overnight: “No matter how strong you are, you’re still your father’s daughter. (Not cool, Ric!) 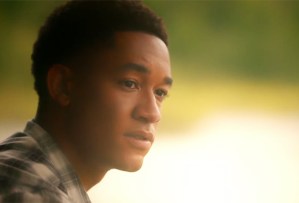 Still uncertain about her next step, Hope paid a visit to Rafael’s “prison” world — which is now known as the “mirror world,” because “it’s only a prison if you’re trapped” — for some advice from the authority on all things Landon Kirby. After bragging about how he now uses Excalibur to fish, Raf assured Hope that Landon has always been willing to sacrifice himself to shield other people from pain. Landon also has a pretty decent shot at finding “peace,” so it’s all good.

Alaric remained firmly opposed to signing off on Hope’s untimely death, until a devastatingly frank talk with Dorian reminded him that — much like Lizzie and Josie’s impending Merge — some things simply cannot be avoided. Thus began the bittersweet process of saying “goodbye” to Hope, including a nostalgic group dinner, the creation of a magical tree, and an absolute gut punch of a heart-to-heart with Alaric. He threw around words like “love” and “respect,” and he made it clear that Hope has always been a part of his family, something she’s wanted ever since she came to the Salvatore School.

For the record, I’m totally counting this drawing as a Caroline cameo: 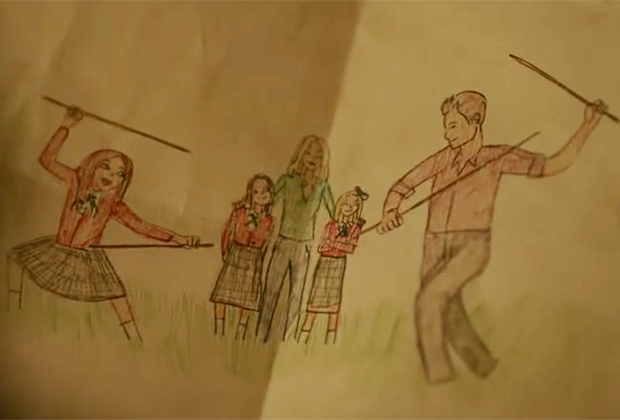 Speaking of cameos, if Alaric’s emotional display wasn’t enough to get your tear ducts pumping, the surprise arrival of none other than Freya Mikaelson (the eternally lovely Riley Voelkel) surely got the job done. Naturally, she had the perfect opening lines: “You’re going to be this beautiful forever. Rebekah’s going to be so jealous! She wanted to come, there just wasn’t enough time. I’m a Mikaelson, so I’ll take any opportunity for a good dramatic entrance.”

What followed was an emotional treat for fans of The Originals, as Hope and Freya spoke of their lost loved ones, including Elijah’s poetic description of how it felt to become a vampire. But it was the way they talked about Klaus and Hayley, both in fear and admiration, that really affected me.

“There were really wonderful parts of my father, but what if I have all the other parts too?” Hope asked her aunt. “He used to always say that the good in me came from my mom. If I become more like him, what if I lose the only piece of her that I have left?” 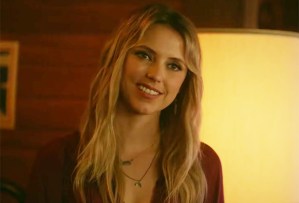 Cue the perfect answer: “You are equal parts your father and mother, and she would never disappear without a fight,” Freya replied. “Ever since you were little, people were terrified of what you could become because they were afraid that you might turn out like your dad. But you know what I think? I loved Niklaus. He was complicated and flawed and loyal, and he would have let the world burn just to save the people he loved. But you, you’re willing to let go of someone you love to save innocent people that you’ll never even meet. So I think you’re already better than all of us, and that your father and mother would say the same.”

Freya then whispered a few words and held her niece as she drifted off to… honestly, it’s not entirely clear. Hope certainly expressed confusion at the sight of the Ferryman, who appeared to be guiding her towards… Peace? Is that where she’s supposed to be going? (I’d encourage her not to walk into the light, but I also kind of want to see Stefan, so I’ll just wait for this to play out.)

* Finch began the episode furious with Josie for keeping the Merge from her, going so far as to make Josie promise that she’ll try to win. But she couldn’t do that. So by the end of the hour, it was Josie who bore the fury. With tears streaming down her face, Josie laid out everything that she wants, needs and deserves from a partner: “The unthinkable may happen to me. I don’t know what I’ll choose in that moment, but I’ll need someone who will love me no matter what I choose. When that day comes, I want to be surrounded by people who are willing to look death in the face with me and not run. For once, I want someone to love me enough to stay and fight. Even if it is a lost cause. Because I’m worth it.” Honestly, I would have stood up and cheered if this whole episode hadn’t left me emotionally paralyzed.

* Just when things seemed relatively calm, we learned that Malivore has also successfully seized control of Kaleb, who grew an enormous pair of wings — possibly on loan from Legends of Tomorrow‘s Mallus, we’ll look into that — and snatched Hope’s lifeless body from her bed. For those keeping score at home, this is very bad.

* Lizzie talking to Alaric about how they could “theoretically” stop the Merge if either she or Josie becomes a vampire got me thinking. Do we want this? And if so, which sister should get the fangs? I feel like Lizzie’s the obvious choice, but let’s not forget Josie’s dark streak.

OK, let’s talk: Was that not one of the best episodes of Legacies yet? Next week’s episode — which was slated to be last season’s finale — promises to be even more bonkers, so drop a comment below with your thoughts on Season 4 so far.