The road to forgiveness and understanding can be a lifelong process. But for  Queen Sugar‘s Prosper and Billie, the present is all they have. Never was this more apparent than in the beloved OWN drama’s latest installment, when Billie finally confronted Vi about her past assumptions involving Vi’s ex-husband Jimmy Dale and a teenage Billie.

Jimmy had tried to rape Billie and when he was unsuccessful, he went around St. Josephine Parish telling everyone he had slept with her, and she was good in bed. Vi and everyone else, including Billie’s father Prosper, believed what Jimmy said and wrote off the teen as a fast girl who was up to no good.

This all changed when Billie revealed the truth in Episode 6, which left a normally chatty Vi quite speechless. And when this week’s episode, titled “They Would Bloom and Welcome You,” airs tonight at 8/7c, Prosper will have to apologize to Billie for thinking the worst all of these years — and Billie will have to forgive him.

“Prosper turned his back on Billie and chose the Bordelons over her,” Henry G. Sanders, who plays Prosper, explains to TVLine. “He didn’t know, but he didn’t ask Billie, either, so you can understand her bitterness all these years. The whole moment felt very powerful. This is why they were estranged. But Billie being there for Prosper now and Prosper being more understanding  is a start in the right direction. It’s not too late to turn things around.” 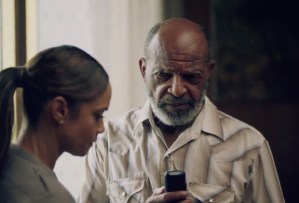 Prosper’s ability to open his heart and mind to Billie (played by K.C. Undercover‘s Tammy Townsend) has also allowed him to find a love of his own. After all, it was Billie who insisted that Prosper get some help, and he almost instantly fell in love with Sandy, his nurse (gospel star Ann Nesby).

“I had been talking to the producers about a love interest for Prosper for years,” Sanders reveals with a chuckle. “I wanted to give them my preferences but they didn’t want to hear it. I’m really happy they chose Ann. She has a great voice and it’s going to be wonderful to see where their relationship goes.”

Best of all, Sanders is grateful that his character is still alive and kicking after he took a terrible tumble at the hands of the police in the Season 6 premiere. Fans were so worried about Prosper, they started haranguing Queen Sugar creator and EP Ava DuVernay on Twitter until she showed them a promo for Episode 2, which confirmed Prosper to be very much alive. 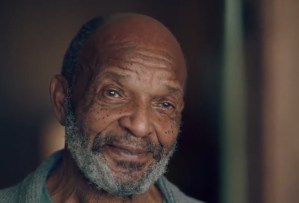 “One woman said she could put the safety back on her 9mm now that she knew Prosper was alive,” a shocked Sanders shares. “That’s crazy. It’s just a show.”

That second chance at life for Prosper also paved the way for a reconciliation with Billie, something the two characters will keep building upon.

“I have daughters, so I get it,” Sanders shares. “There is nothing like being there for your girls and loving them with every breath in your body. And Ms. Tammy Townsend is so good as Billie. No matter how grown they get, that love as a father must remain — and that’s what Prosper is figuring out.”

Do you think Prosper and Billie can move forward into forgiveness on Queen Sugar? Do you want them to? Drop your thoughts in the comments.