Get used to these new faces, Virgin River fans, because you’ll be seeing a lot more of them when the Netflix drama returns for Season 4.

Virgin River Renewed at Netflix: Here Are Our Hopes for Seasons 4 and 5 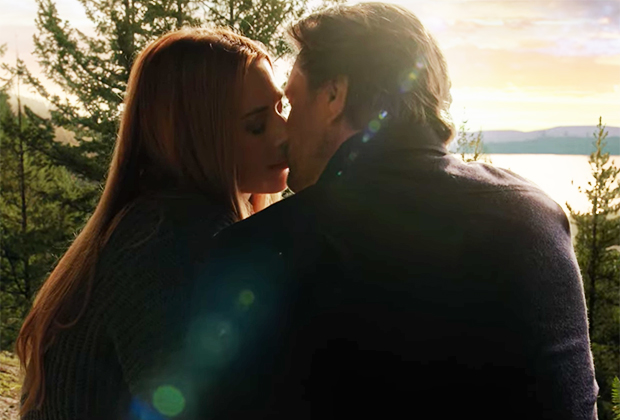 Mark Ghanimé (The Bold Type) and Kai Bradbury (Motherland: Fort Salem), the latter of whom made a dramatic entrance in the Season 3 finale, are joining Virgin River as new series regulars, our sister site Deadline reports.

Bradbury, of course, is playing Doc’s long-lost grandson Denny Cutler (pictured above). According to his official character description, “he shows up in Virgin River to forge a connection with the grandfather he just recently learned about. But Denny comes bearing a dark secret.” 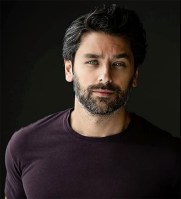 And Ghanimé (pictured here) will play Dr. Cameron Hayek, described as the clinic’s “dashing new physician. Armed with eye-catching good looks, a razor-sharp intellect, and a smile that could light up the world, Cameron makes an immediate splash in town — especially with the ladies of Virgin River.”

In addition to Denny’s mysterious arrival, Virgin River‘s third season ended with a series of game-changing twists, including Mel answering Jack’s proposal by revealing that she’s pregnant… and isn’t sure if the baby is his or Mark’s. Meanwhile, Hope is in the midst of a life-and-death surgery, Ricky and Lizzie are once again on the outs, and Wes is waiting in the darkness for Christopher to come home.

Netflix officially renewed Virgin River for a fourth and fifth season in September.

Any early predictions about Denny’s “dark secret”? And could the “dashing” Dr. Hayek make trouble for Mel and Jack? Drop a comment with your hopes for Season 4 below.