The 4400 are back with The CW’s reboot of the USA Network sci-fi drama, which once again finds thousands of missing persons deposited in the future. 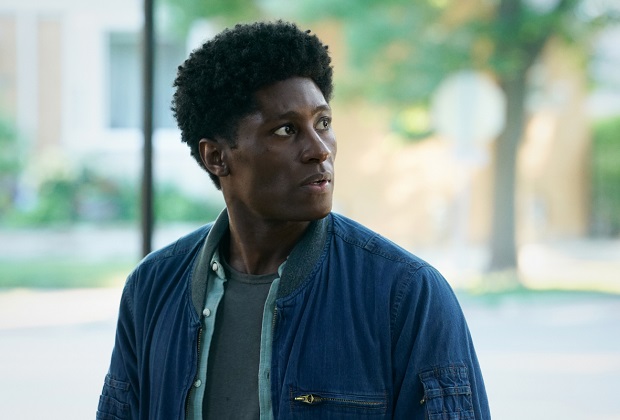 When the 4400 — some of whom recall seeing a green light before being taken — are deposited in Detroit, DHS calls in tough parole officer Keisha (Ireon Roach) and kind-hearted social worker Jharrel (Arrow‘s Joseph David-Jones) to conduct the interviews and get answers. (Seems weird that they wouldn’t give that task to higher level authorities, but OK.) In the meantime, the returnees are being held at various locations with no explanation or cause, which Shanice argues is a violation of their rights. It’s not until Shanice brings up Ruth Bader Ginsburg that she realizes that they’re all referencing different points in history and finally asks what year it is. The police guard responds that it’s 2021, much to everyone’s shock.

During a bathroom break, Mildred seemingly moves the security camera and unlocks a door to the outside world with just her mind. At Mildred’s urging, Shanice escapes to go find her family, but when she arrives at their old home, a “Karen” is living there and calls the cops on Shanice. Jharrel arrives before Keisha and sees Shanice making a run for it, so he covers for her, allowing her to find shelter at her former nanny’s house. In the morning, Jharrel greets Shanice and makes her a deal: He’ll take her to see her family, but she has to return to the hotel with him afterward. She agrees to his conditions. 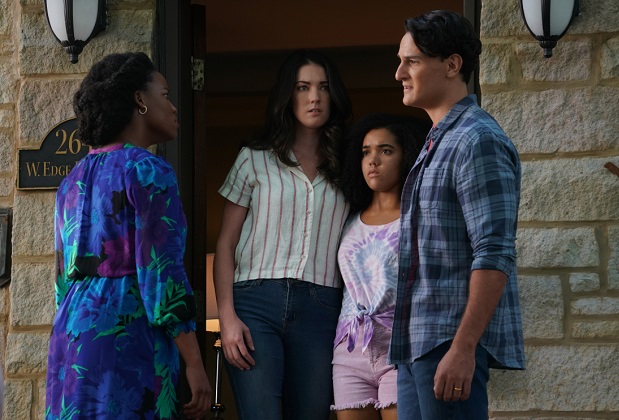 Shanice gets quite the surprise when she finally sees her husband and child: Their daughter is now a teenager, while Logan (Power Book II: Ghost‘s Cory Jeacoma) is remarried and thinks Shanice abandoned them. When Shanice protests that she didn’t leave, Logan tells her he found her note. Keisha and the cops then arrive and take Shanice away in handcuffs. Back at the hotel, Shanice tearfully confesses to Andre that she suffered from postpartum depression, hence the note she wrote, but she ultimately got help and fought for her baby.

As for the other returnees, Claudette notices that her bleeding leg wound has miraculously healed. She corners LaDonna in the bathroom and basically blackmails her into cutting her with her press-on nails. LaDonna only has a second to be grossed out before the cut completely disappears. After bringing Andre into the loop, the trio agree that it would be better if no one else knew about Claudette’s special ability. 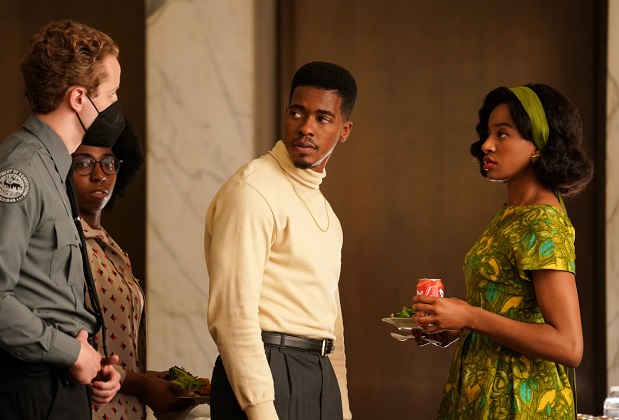 Meanwhile, tensions are rising at the hotel, with the returnees feeling like prisoners and chanting, “Let us out!” When one of the officers takes out his baton, Isaiah steps in and brokers peace. Andre praises Isaiah, but Claudette scoffs that men like him, who use pretty words to make people believe them, are dangerous, and she would know because she’s married to one of them. The group find a moment of fun when Claudette notices a piano and breaks out into a rousing song as the others start to dance. But apparently, even that is against the rules and the officer orders her to stop. When he does, Claudette hits her elbow against the piano, brushing off Isaiah’s concern. But he sees a spot of blood on one of keys after she leaves.

Claudette asks Shanice where she went, and the latter confirms that it really is 2021. Shanice has also come to realize something: If they sent the cavalry after her and are holding them all, there must be something special about them. And that means they’re not powerless. Claudette smiles and says she’s starting to like 2021.

Elsewhere, Keisha finds Jharrel at a bar and demands that he explain why he helped Shanice. Jharrel expresses his concerns about how the government is handling the situation. “Even good people justify very bad things in the name of doing their jobs,” he says, then reveals that he thought he saw a green light when his brother Manny vanished, but there’s no sign of him at any of the holding facilities. Keisha promises to make things right with DHS, by way of her connections (aka her girlfriend, who says they’re bringing in NASA!).

As the episode ends, Keisha is approached by Hayden, who finally speaks. “Tell Jharrel that Manny’s all right. And that he’s sorry for everything,” he says.

What did you think of the updated 4400? Grade it below, then hit the comments!