Netflix announced on Tuesday that is will be changing the way it reports on viewership, trends and superlatives.

To date, Netflix (without any independent corroboration) has typically touted viewership as a measure of member accounts that watched at least two minutes of a TV series or movie. For example, 142 million accounts watched at least two minutes of the nine-episode Squid Game series, during the Korean drama’s first four weeks of availability, making it far and away Netflix’s “biggest” original.

But moving forward, it was disclosed during the streaming giant’s third-quarter earnings call, viewership for new originals will be reported as a total of hours watched by all member accounts.

This revised approach is intended to provide “a better read on viewing engagement and satisfaction,” TheStreet.com reports, as well as reward rewatching.

As shown in the distributed table below: Using the existing methodology, Bridgerton (prior to Squid Game‘s arrival) ranked No. 1 after being sampled by 82 million member accounts. But using the new system (shown top left), Bridgerton‘s first-place ranking is instead based on 625 million hours being watched by all member accounts within the first 28 days. 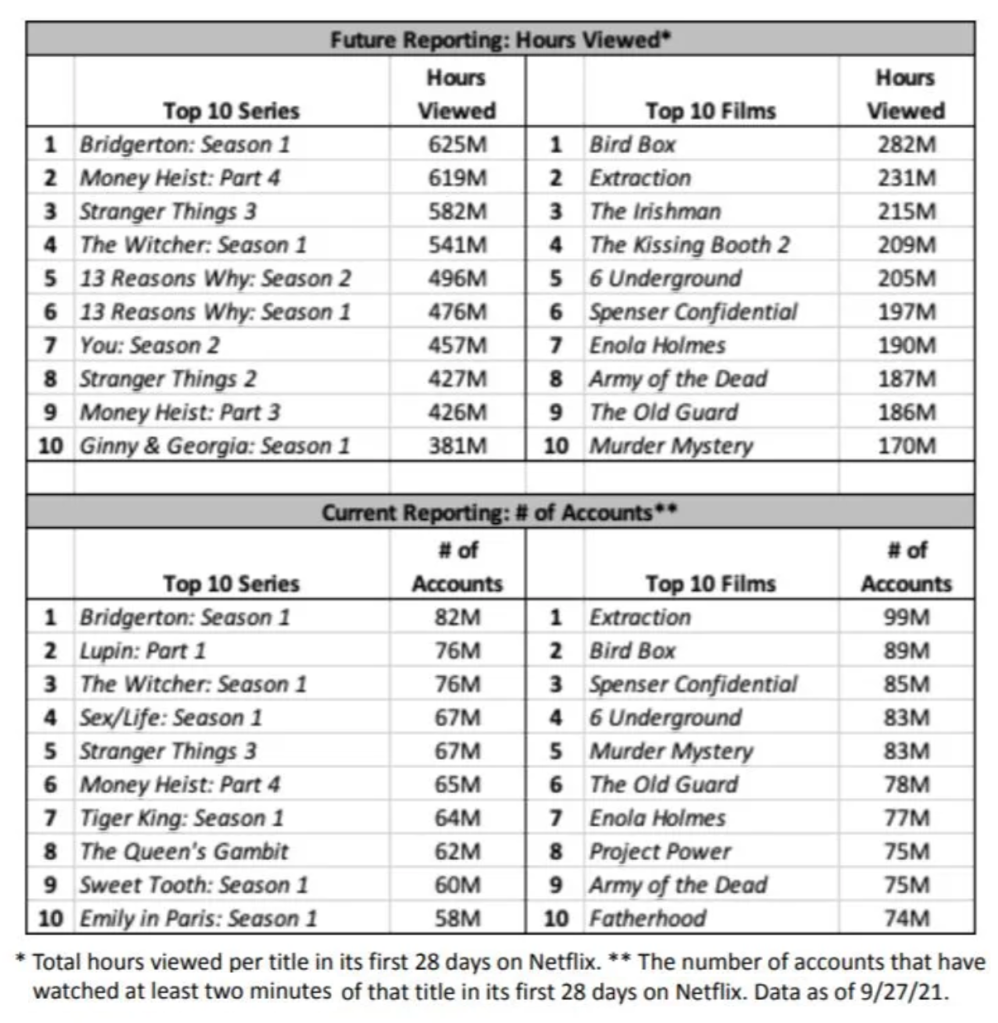 Do you think Netflix’s new methodology is a more accurate representation of what people are really diving into, within a show or movie’s first month of release?