NCIS fans this Monday got their first taste of what a Gibbs-less show looks like. Along the way, they also got answers to some burning questions about the onetime team leader’s exit (as well as other, lingering workplace issues).

DID VANCE OFFER GIBBS’ JOB TO (FORMER!) FBI AGENT ALDEN PARKER? | In a word, yes — as Parker himself let slip upon showing up in the big orange room, shortly after McGee returned from Alaska. Parker told McGee, Knight and Torres that he had declined the offer, but moments later agreed to miss out on a Simon & Garfunkel reunion concert that night in order to apply his particular set of skills to helping Gibbs’ team crack their latest case. 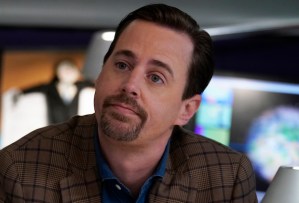 WAS MCGEE OFFERED GIBBS’ JOB? IF SO, WHY DID HE TURN IT DOWN? | It wasn’t 101-percent clear if McGee declined the gig when offered it (though Vance did tell Torres he “did more than consider” McGee), or if he proactively took himself out of the running. But when Parker asked the NCIS vet (as he used a urinal!) why he “didn’t make a play for Gibbs’ job,” McGee at first cited the hours, decreased field work and paperwork as reasons.

Later, when (an apparently eavesdropping) Torres pressed his colleague on the issue, McGee opened up about how getting shot by Gibbs (at the top of last season) steered his decision. “I am not Gibbs…. I can’t imagine pulling that trigger” even in the name of a good cause, Tim said. And more to the point, “I don’t want to be that guy” if a situation called for it. Plus, the team leader role, Gibbs showed again and again, can be all-consuming, and as someone with a family, “that can’t be me,” McGee said. “It’s that simple.”

DOES PARKER HAVE GIBBS’ BLESSING? | It sure seems that way. For one, when Torres argued to Vance that Parker was wrong for the job, the director shot back, “you should tell that to Gibbs!” Also, when Vance confronted Parker about there being no Simon & Garfunkel reunion tour to miss, the (former) G-man explained that he “was told” that feigning disinterest while observing a “regular” workday for the team would avoid the risk of “spook[ing] the locals.” Vance asked whose tip that was, but Parker said he will take the answer to his grave. 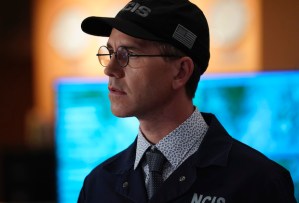 HOW IS MR. PALMER HOLDING UP? | Related to Gibbs’ absence but speaking to a larger issue, Jimmy at one point asked/begged Ducky to stick around as his partner (and not slink back to his “historian” role). When rebuffed, Jimmy opened up about how a series of losses — starting with wife Breena’s death, followed by Bishop and now Gibbs leaving the team — have left him shaken. “Change is the essence of life,” Ducky counseled his mentee. Gibbs isn’t dead but living life again, and perhaps for the first time since Shannon and Kelly died, Ducky surmised. And them missing their friend “is a small price to pay” for Gibbs’ newfound peace. 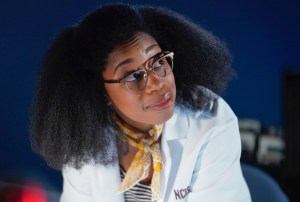 WHAT’S KASIE’S TAKE ON THE (POTENTIAL) NEW TEAM LEADER? | Near episode’s end, with the team on the verge of catching their killer, Kasie handed Parker a tell-tale lottery ticket… but then refused to let it go. She then cued up footage of LeMere taking her hostage at knifepoint a few episodes back, and shared that she had heard Parker was planning to “negotiate” the situation, if a shot from Gibbs’ hadn’t rung out and saved the day. In any identical future scenario, she cooly says, she would prefer a “shoot first, ask questions later” approach from her prospective boss.

What did you think of the first NCIS episode of the post-Gibbs era?