From the moment Nurse Jennifer Worth narrated the words “everyone needs a place that keeps us secure and safe from harm” at the top of Sunday night’s Call the Midwife, the tone was set. All fans of the PBS drama had to do was wait and see who needed refuge and why.

The answers soon arrived with the introduction of two new patients: Patricia Williams, an expectant mother with weight issues, and Louise Wrigley, who claimed to be pregnant even though she wasn’t. Nurse Lucille and Shelagh Turner tended to Patricia, while Dr. Turner and later Sister Hilda focused on Louise.

When it came to Patricia, there were issues with her urine samples, which had high levels of glucose. She also really needed to be on bedrest. Her baby was on the larger side and appeared to be arriving a little earlier than expected. All of these symptoms, coupled with Patricia’s increased thirst, caught Nurse Lucille’s attention and upon researching the matter, she surmised that Patricia likely had gestational diabetes.

Unfortunately for Patricia — and Nurse Lucille and Shelagh Turner, who diagnosed her correctly — little was known about gestational diabetes back in the 1960s, and the glucose consultant and others reduced Patricia’s condition to her weight and said she should’ve exercised and eaten better. 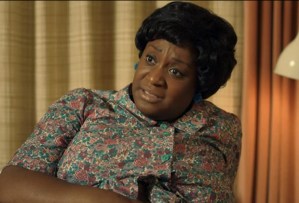 Patricia, who already had an aversion to hospitals, grew angry and doubled down on her insistence that she have the baby at home.

This was not meant to be, and because Patricia’s baby was so big, she had to go to the hospital for a C-section. While Nurse Lucille and Patricia’s husband Anthony tried to console her, she couldn’t reconcile the fact that she was unable to hold her baby because of the surgery. So she went home early and her C-section scar (which were vertical back in the day) became infected, which only made her health and mood drop lower.

Thankfully, Dr. Turner checked in on Patricia and gave her the antibiotics she needed to fight the infection, and her husband lifted their bed so she could dote on their baby boy without injuring herself while she healed. And suddenly, Patricia was smiling again. Like Nurse Lucille reminded her, the birth wasn’t perfect and neither were the circumstances, but she was healthy and happy and so were her husband and kids, and Patricia agreed. 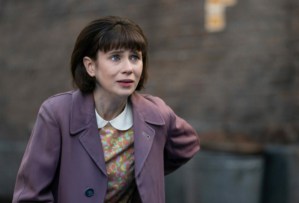 Louise’s case was a lot more complicated. After doctors figured out she wasn’t pregnant and didn’t have a kidney infection, she kept returning to various hospitals complaining about a myriad of maladies from headaches to leg cramps. In the end, Sister Hilda found out Louise had cut her finger to make it seem like she had vomited blood and initial suspicions were confirmed. Louise had mental illness issues and was a hypochondriac.

At first, Louise fought against the idea of getting psychological help. She changed her mind, however, after Sister Hilda listened to a story Louise told about her appendix bursting when she was a child. In that moment, Louise said, she felt so loved and cared for by the nurses that she never wanted that nurturing (something she didn’t get from her mother) to end.

Nurse Lucille experienced her own blissful moment when she and Cyril enjoyed an indoor picnic because of her hectic work schedule. Cyril also said he was going to write her parents and tell them about his intentions to marry her. And Nurse Lucille said she would write Cyril’s mother a letter, too.

Sister Julienne was equally ecstatic when Shelagh Turner came up with a way to save Nonnatus House by taking in and teaching pupil midwives. Because, as Nurse Jennifer Worth said by episode’s end, “to be human is to embrace all the power that there is.”

What did you think of this week’s installment of Call the Midwife? Drop your thoughts in the comments.