Warning: The following contains spoilers for One of Us Is Lying‘s first three episodes. Proceed at your own risk!

The teens at the center of Peacock’s new murder mystery series, One of Us Is Lying, have lots of secrets, many of which have already been exposed to the Bayview High School’s student body. But one truth remains a secret to all but a select few.

Over the course of the first three episodes (all now streaming, with three more installments dropping this Thursday), someone took over Simon’s blog and revealed that Bronwyn cheated on a test, Addy cheated on her boyfriend (with his best friend), drug dealer Nate is one strike away from going to jail, and Cooper took steroids. While the first three allegations are true, the bit about Cooper was false, though it still came as a relief to the baseball player, who was worried about being outed as gay. Having only come out to a few people, Cooper’s double life ultimately took its toll on his secret relationship with college freshman Kris (StartUp‘s Karim Diane), who is very much out and proud. 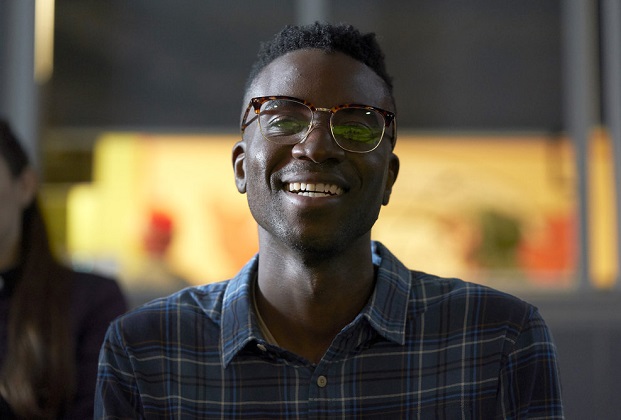 “The character of Kris is so enriching to Cooper’s story and to Cooper’s development, because, in Kris, he sees someone who is always himself,” Uche, who plays Cooper, tells TVLine. “Kris fully owns himself, in his entirety, and for Cooper, who is still coming to terms and figuring out how he can be his most authentic self, to have an example of that [is] invaluable to him.”

Cooper is not only a young gay man in a heteronormative sports world, but he’s also a young Black man. As a result, there’s “added pressure” and “added mental weight” to Cooper’s journey of self-acceptance, Uche says.

Adds One of Us Is Lying executive producer Erica Saleh: “Certainly, the intersectionality of being Black and being gay changes what the character is feeling and changes some of the pressure that he’s feeling. And especially, trying to come out while being a professional baseball prospect is a really specific coming out journey and puts a different kind of pressure on him than, say, Kris, who is living in a world where coming to terms with his sexuality identity was a little easier and more accepting than for Cooper. The pressures on Cooper, stemming from baseball, especially, and needing to fit into this idea that people have of him, puts him at a really different coming out journey.” 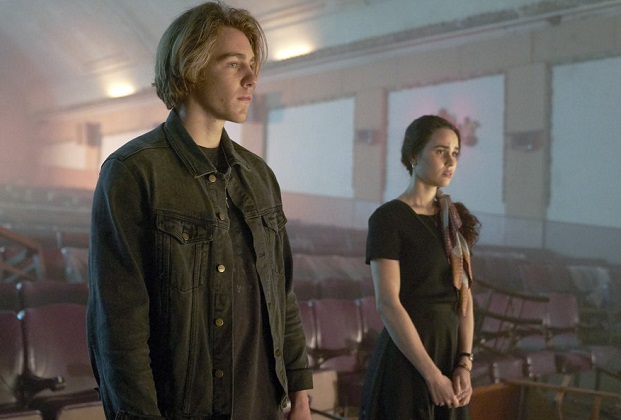 While Cooper and Kris are on the outs as of Episode 3, two suspects in Simon’s murder have grown close even though they seemingly couldn’t be more different. “Opposites attract,” van Grootel, who portrays Nate, says of his bad-boy character’s unlikely connection with studious Bronwyn.

Plus, the pair actually have a platonic past, as hinted at in the first three episodes. “Bronwyn and Nate used to be great friends” before life split them apart, van Grootel shares. “Through [this] strange circumstance, they’re brought back together. So there is that history and that chemistry there already, and it’s beautiful because Bronwyn brings out things in Nate and makes him see things for who he is, and vice versa.”

In a world where everyone is defined by their high school archetype, Nate and Bronwyn “are really good at seeing each other for what they really are and not just the surface,” adds Tejada, who plays Bronwyn. “They both have very big hearts and very strong personalities. They challenge each other, but also strengthen each other, and at the same time, create this safe space where they can be vulnerable about what they’re going through, and they’re very protective of each other in their very own ways.” 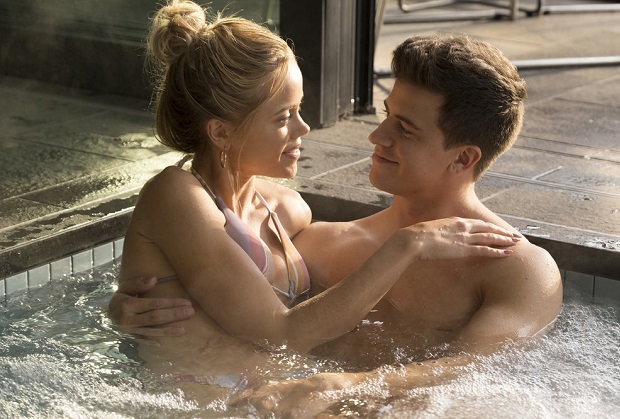 As for the quartet’s fourth member, the reveal that she cheated has cost Addy her boyfriend and her friends, but her ouster from the popular circle might just be the best thing that’s ever happened to her. “She finds so much strength in herself,” her portrayer Cochrane says. “She finds herself a little bit and just her identity, and she finds the courage to continue being her and living her life out loud on her terms and not her mother’s terms and not her boyfriend’s terms. It sets her free.”

Want scoop on One of Us Is Lying, or for any other show? Email InsideLine@tvline.com and your question may be answered via Matt’s Inside Line.