SEAL Team Season 5 is ready to be deployed to your TV screens, premiering this Sunday at 10/9c on CBS — where in a new (if temporary!) time slot it will lead out of The Equalizer/NCIS: Los Angeles.

When last we tuned in, Bravo Team had suffered a tragic loss as well as come to realize just how affected Ray was by his time in captivity/being tortured. But there was some happy news before Season 4 closed, as Clay and Stella tied the knot and new dad Sonny and Davis each considered a move.

On top of it all, much has changed in the real war on terror, meaning that Bravo’s next mission to Afghanistan should look quite different. Here, showrunner Spencer Hudnut previews the Season 5 plan — an exciting af move to Paramount+ included. 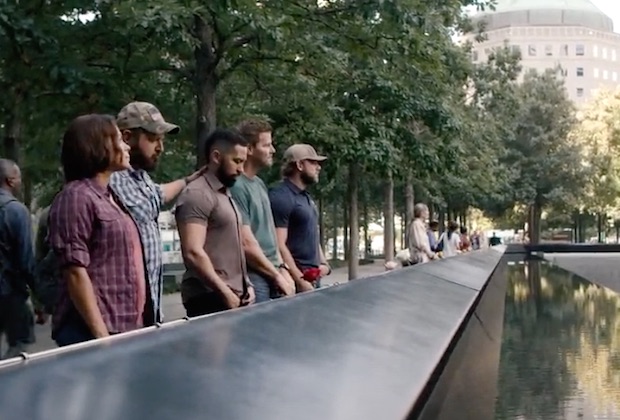 TVLINE | Just how long ago did you start thinking about how the Afghanistan situation winding down would affect the show? Ever since President Trump made the deal last year?
If you remember, our Season 3 deployment was to Afghanistan, and we were shutting down the base and taking things down, handing authority over to the Taliban — and that really impacted our guys. But certainly, the latest developments have been on our radar.

I mean, Afghanistan really is where it all started, and this season, it’s not lost on us that the 20th anniversary of 9/11 — the 20th anniversary of the war on terror — [preceded] the beginning of this season. That’s a large part of this year for us, thematically, and we do have an operation in which we return to Afghanistan. We were writing it [in late August], and we had to effectively re-break it because of the ongoing situation. So, yeah, it’s very much top of mind, and also in line with a lot of the themes and things that we’ve actually talked about on the show about these “forever wars.”

TVLINE | Are you going to have the characters at some point speak directly to the end of the war?
In the mission where we go back to Afghanistan, we see the contrast of what was home to these guys for effectively 20 years, when they were on deployment. They’re going to be confronted with the reality and the results of what happened over there. They will definitely be reflecting on that situation.

TVLINE | But just to be clear, Bravo isn’t starting off the season in Afghanistan, they’re going to be operating somewhere else?
Yes, they will be somewhere else. They don’t get [to Afghanistan] until about midway through the season, which is why we’ve been able to adjust that storyline to reflect more realistically where things will probably be when that airs. 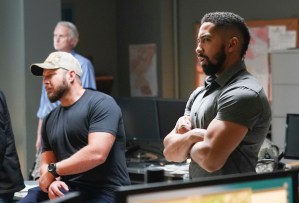 TVLINE | How much time has passed when Season 5 opens up? And who would you say is in a particularly different place?
Three months, and I would say, ironically, that Jason is probably in the most stable place, because of all the work he did on himself last year. He is becoming an even better, all-around leader, more of a sheep dog inside the wire and outside the wire. He’s kind of more Obi-Wan than Luke Skywalker now, but he’s in a good place.

As for Sonny, as a parent, as a dad, that’s new ground for him…. Clay is now married and taking on more responsibility within the team…. And Ray over those three months certainly has had a lot to work on. He and Naima took baby steps to repairing things, but he certainly had a long ways to go when we last saw him.

TVLINE | Will this eventually be Ray’s shiny happy season, after all that he went through last year?
We dragged Ray through so many things over the last few seasons that I think this is really a season for him to work on himself, and to also confront his own time. He’s done 18 years in this war, and I think he may start to feel it. Maybe there’s a calling beyond operating for him. He’s opening his eyes to maybe having an impact in the world beyond carrying a rifle. 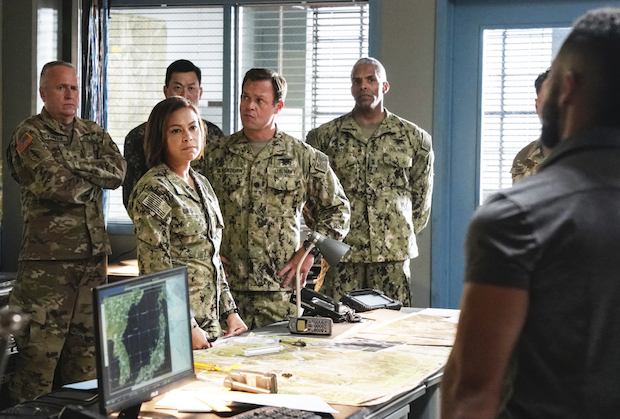 TVLINE | Sonny and Davis were mulling some logistical moves at the end of last season. Have any triggers been pulled yet?
We answer that pretty quickly, but yeah. That was a big proposal that Sonny threw out there.

TVLINE | Are Clay and Stella on the family track? It’s something that the show hasn’t really covered before, the starting of a family.
When we find them, they’re very excited to be getting away on their honeymoon that they’ve delayed for three months, and they have the world’s greatest honeymoon plan which they’re super excited for — but of course, because it’s SEAL Team, that’s going to be interrupted. But I think it’s a good interruption this time for them.

TVLINE | Last time we spoke, you said that there might come a time to bring on a new operator, someone for Clay to mentor. Is there any plan for that person to show up this season?
You know, we’ve talked about that, and I think because of the nature of this season, once the ball gets rolling it’s a really propulsive ride, and it just didn’t present itself to be done in an organic way that could really serve that character and help the team. So, unfortunately not.

TVLINE | Are there any new faces we will be meeting, even in in a guest star capacity?
A part of Ray’s story this year is going to be confronting the homeless veteran crisis, so we’re going to be introducing a character there who is going to have a big impact on the show. We’re also going to be bringing back some familiar faces in Clay’s life. 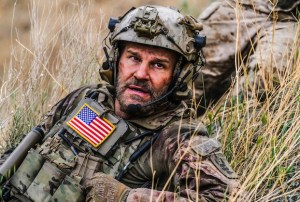 TVLINE | What’s your plan for the transition from CBS to Paramount+ [following Episode 4, airing Oct. 31]? Are you going to leave CBS with a bang and compel viewers to fire up their Paramount+ app a couple of days later?
The last episode [on CBS] finds our team spinning up to react to a mass casualty terrorist attack in Africa, and it sort of has echoes of what happened in Afghanistan 20 years ago. They go off on that mission, but there’s definitely a big cliffhanger at the end of that episode that will speak to the fact that not only are they going off on a mission unlike any they’ve done before, but a mission that will also include some personal elements that will impact each and every operator. We’re going to go out [on CBS] with bang for sure, and start [on Paramount+] with an even a bigger bang.

TVLINE | Beyond Episode 4, are you availing yourself of any new freedoms available to you on a streaming service?
I mean, the show’s going to remain the show, but being on Paramount+ certainly gives us the opportunity to make it a little grittier, a little bit more authentic, in terms of who these guys are and how they communicate with each other. At the end of the day, if you’re a fan of SEAL Team, it’s going to be the same show, but there are some things that we’re taking advantage of now that we don’t have the broadcast standards.

TVLINE | Have you written Sonny’s first f-bomb?
You know, I did just write the first f-bomb on the show, and it felt exhilarating.

TVLINE | I’ll be curious to see who gets it.
I’m sure there are betting pools across the country. [Laughs] Well, [the actors] are all trying to get it, I can tell you that from watching dailies. But we’re not reinventing the wheel here. Remember, the show lives beyond Paramount+, and we have international viewers, so when we use language, we’ll use it in a very specific way and not gratuitously.