Netflix has at long last revealed when Lost in Space will embark on its final-season mission — Wednesday, Dec. 1, nearly two years after the reboot’s sophomore run was released.

A teaser trailer, above, was also released.

In the sci-fi/family drama’s eight-episode farewell run, “the stakes are higher than ever and the Robinson family’s survival instincts will be put to the ultimate test,” the synopsis tells us. “After a year of being trapped on a mysterious planet, Judy (played Taylor Russell), Penny (Mina Sundwall), Will (Maxwell Jenkins) and the Robot (Brian Steele in a robot suit) must lead the 97 young Colonists in a harrowing evacuation — but not before secrets are unearthed that will change their lives forever. 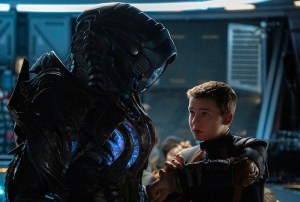 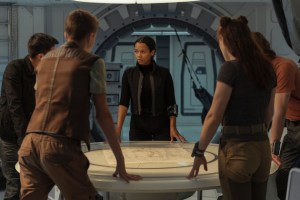 “Meanwhile John (Toby Stephens) and Maureen (Molly Parker) — with Don (Ignacio Serricchio) at their side — must battle overwhelming odds as they try to reunite with their kids,” the preview continues. “The Robinsons will have to grapple with the emotional challenge of not just being lost — but being separated from the ones they love… as they face the greatest alien threat yet.”

Want scoop on Lost in Space, or for any other show? Email InsideLine@tvline.com and your question may be answered via Matt’s Inside Line.