After everything Sean put Alex through on Netflix’s limited series Maid, one would think that he’d want to make amends and let her move to Montana for college with Maddy in tow.

Maddy (played by Rylea Nevaeh Whittet), though, was Sean’s (Nick Robinson) only connection to Alex (Margaret Qualley) and his only method to control and hurt his ex-girlfriend — and that’s exactly what he tried to do in the drama’s series finale. Alex had other plans, and with the help of her lawyer she did everything she could to fight back against the verbally and emotionally abusive man who fathered her daughter.

The downside, of course, was that fighting Sean in court over custody rights meant Alex would have to miss the summer semester of college she had enrolled in, but her lawyer assured her that things would work out eventually. Alex’s worries increased when she learned that her mother Paula was homeless and living out of her cobalt blue El Camino, despite the lies she’d told Alex about living in an artist collective loft.

Alex also had a pressing deadline to move out of the domestic violence shelter where she and Maddy had been living, and she reached out to her dad Hank so he could testify about the verbally abusive way Sean talked to her. But because Hank was a former abuser, he refused to help Alex and would likely never see her or Maddy again. Alex finally asked this man for help — something he’d offered to give her — and she revealed that she’d lived in the shelter twice to get away from Sean. But Hank denied her because he was too busy taking Sean’s side. Good riddance. 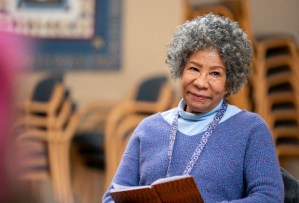 There were bright spots amid the darkness. Alex’s cleaning business was blossoming and her volunteer hours as the facilitator for the writers’ therapy group got better and more nurturing with every session. (Brandi shared a passage about walking along the lake with her late father and Denise shared a best-day memory about her daughter touching her lovingly for the first time as a baby.)

Paula also stepped in and acted as an intermediary when Sean insisted on seeing Maddy, and she finally went to the doctor to see about her wrist. Later, she shocked everyone as the voice of reason when she brought Maddy to Alex halfway through her playdate with her father and convinced Alex to talk to Sean. That’s when he confessed that his alcohol DTs had made him snap at Maddy. He realized that until he was clean and sober, he should let Alex have full custody.

Alex thanked Sean and assured him that he could visit Maddy anytime he wanted to in Montana, once he was clean, and Sean thanked her. He also said Alex could come by and get the last of Maddy’s things before the move and she did. 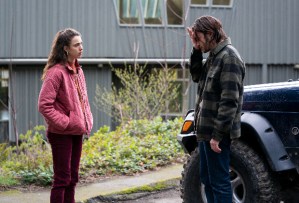 An ecstatic Paula then said she’d move with Alex to Montana, too … but it was a promise she didn’t keep. The moment her boyfriend said he’d leave his ex-wife alone and asked her to move in, Paula forgot all about the beautiful things she and Alex had shared with each other and chose a man over her daughter once again. Oh, Paula.

When it came to Maddy, Alex was putting her first and before she waved goodbye to her writing-circle sisterhood, she shared her vision of how moving to Montana with Maddy would be the happiest day of her life. They’d visit the Missoula “M,” that famously marks a Montana hillside, and she’d tell her the “M” stood for Maddy.

What did you think of Maid? Grade the limited series in our poll and drop your thoughts in the comments.