THE SHOW | Fox’s The Big Leap

THE PERFORMANCE | If you’ve yet to take the plunge and check out The Big Leap, you need to — now — if for no other reason than to marvel at Foley’s comedic tour de force. (Side note: There are many other reasons to tune in; the freshman dramedy, its appealing cast and swoon-worthy budding romances are all utterly winning. But we digress… )

The veteran of Felicity and Scandal has created in reality-show producer Nick Blackburn the quintessence of a love-to-hate character, a salty puppetmaster whose livelihood hinges on his ability to ruin lives. He’s a jerk and he knows it, but Foley makes him so freaking fun that we can’t help but delight in the manipulations that appall even him.

And when the actor gets to explode, as he did over and over in Monday’s episode, it’s a thing of hilarious beauty. Doesn’t matter whether Nick is yelling at his underlings over the co-stars’ “mouth hug” that they missed getting on camera or the open-door policy he’d never have instituted, his portrayer lands his punchlines with such precision and force, they could leave bruises.

Yet possibly even more amusing are Foley’s interactions with Galavant standout Mallory Jansen as choreographer Monica. With her, he gets to play the unusual mixture of attraction, admiration and terror that sums up Nick’s feelings about the frosty volcano, making their inevitable hookup every bit as awkward as you’d imagine — and as funny.

So argue as you will that Foley has had better roles, that you preferred his work on, say, Grey’s Anatomy or Whiskey Cavalier. For our money, Nick is the cream of the enviable crop. And the way Foley goes all in with him, light on his feet and heavy on subtext, we suspect that he might agree. 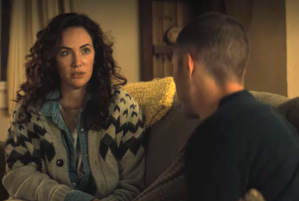 HONORABLE MENTION | Even if you don’t espouse a particular religious faith, we defy you to watch Kate Siegel‘s monologue about Heaven in Midnight Mass‘ fourth episode and not be moved. Despite Erin’s grief over her miscarriage, Siegel mined so much joy from the thought of her character’s baby daughter existing in an afterlife full of love and acceptance. Her easy smile grew wider as she described how perfect the girl’s celestial life would be, then was coupled with rueful tears as Erin lamented the fact that she wouldn’t be able to meet her child until after her own death. Siegel packed a ton of care, regret and hope into a very short monologue — and we were wrecked, in the best way, in its aftermath. 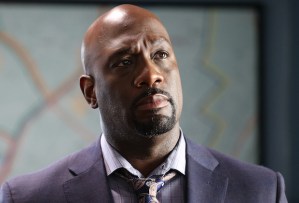 HONORABLE MENTION | When The Rookie killed off one of its original characters this week, it was Richard T. Jones‘ Sergeant Wade Grey who first, and arguably best, made us feel the weight of that tragic loss. Scoffing at a DEA suit’s suggestion that he was feeling “frustration,” Grey fired back, “My frustration? I lost a kid who was like a son to me. What I’m feeling, it’s biblical.” Later, when Grey caught up to, cornered and trained his weapon on Officer West’s killer, Jones’ steely gaze, coupled with a voice that fought back emotion, had us feeling every ounce of his lawman’s conflict. “I have a devil on my shoulder telling me he’s holy, and it’d be so easy to listen to him, to give in and pull this trigger,” he calmly remarked. “But I won’t.” Because what better way to honor Jackson than to bring his killer to true justice. 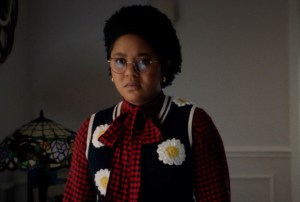 HONORABLE MENTION | Anjelika Washington was thrust to the fore of this week’s DC’s Stargirl, and whereas to date Beth Chapel has served as comic relief or been left to dote on her folks, this time she really got pulled into the thick of it. Landing in Eclipso’s crosshairs, Beth first was subject to the horror that she was to blame for the ‘rents divorce. Things then got very personal when “Bruce” taunted Beth about how “no one chose” her to be a hero, and how she was all wrong for the gig — skin color, included. “Is that what you need me to do? Give into my worst fear, that I’m an outsider? Because I won’t,” Beth told the demon, Washington dialing up the perfect level of defiance. “I’m strong, I’m proud… and I chose myself to be Doctor Mid-Nite. Oh, and I love being Black!” Ironically for Season 2, Eclipso was left covered by shade.