Disney+ will crack open The Book of Boba Fett not long before we ring in the new year.

The new live-action Star Wars series, which was teased in an end-credit sequence following The Mandalorian‘s Season 2 finale, will premiere on Wednesday, Dec. 29, the House of Mouse announced, while also releasing the key art poster below.

After delivering a most unexpected (yet not) cameo by Luke Skywalker in its Season 2 finale’s closing moments, The Mandalorian slipped in a post-credits scene in which Boba Fett (played by Star Wars Episode II: Attack of the Clones‘ Morrison), with help from Fennec Shand (Agents of S.H.I.E.L.D.‘s Ming-Na Wen), gunned down Bib Fortuna to lay claim to the throne inside Jabba the Hutt’s palace on the planet Tatooine. After the formidable duo settled in, the title card “THE BOOK OF BOBA FETT…. COMING DECEMBER 2021” appeared on-screen. 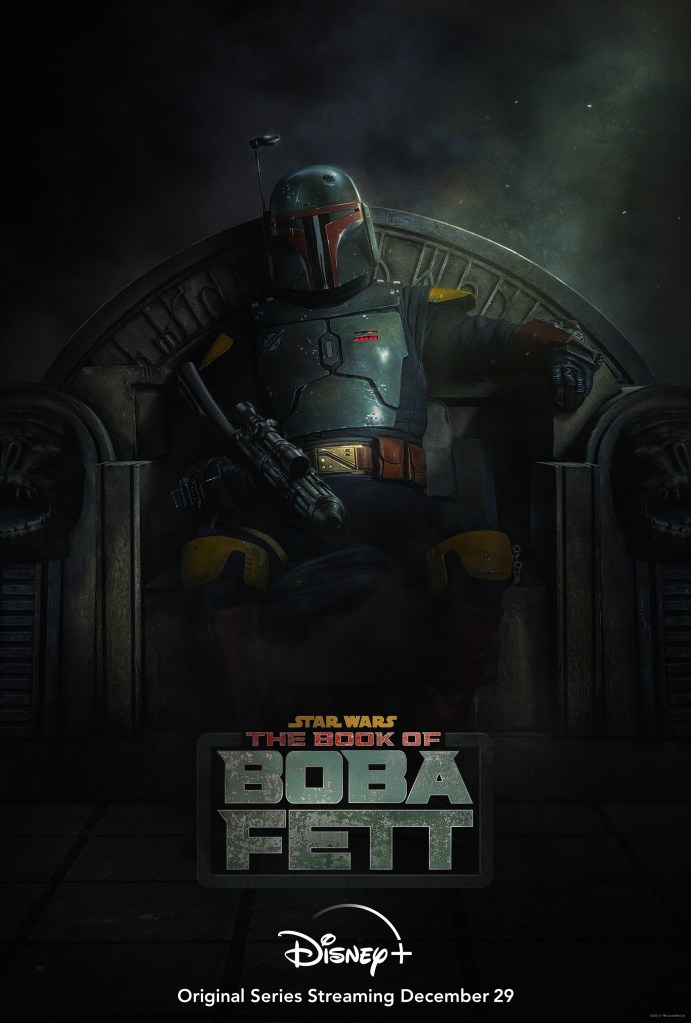 In the immediate wake of that end-of-season tease, some wondered if the intrepid bounty hunter was possibly “taking over” The Mandalorian, at least for Season 3 — seeing as Lucasfilms’ Kathleen Kennedy had said that the flagship Disney+ series “next chapter” would premiere in December 2021. The Boba Fett spinoff, though, is that “next chapter,” TV franchise EP Jon Favreau clarified.

The Book of Boba Fett was already filming at that time The Mandalorian‘s Season 2 finale aired, “and then we go into production after that with Season 3 of The Mandalorian, with the main character we know and love (played by Pedro Pascal),” Favreau said on Good Morning America last December.

The Book of Boba Fett finds the legendary bounty hunter and mercenary Fennec Shand navigating the galaxy’s underworld when they return to the sands of Tatooine to stake their claim on the territory once ruled by Jabba the Hutt and his crime syndicate.