LaShae Kimbrough didn’t set out to be the scene stealer in Amazon Prime’s LuLaRich documentary series. She simply wanted to tell her side of the story as a former employee of DeAnne Brady and Mark Stidham, the frequently sued owners behind LuLaRoe who are accused of turning their women’s clothing company into a multi-million dollar pyramid scheme.

Then a funny thing happened. Kimbrough told her truth in the four-part docuseries, which is now streaming, and a lot of viewers became smitten with her. Now the Southern California native is trying to figure out what business opportunity to explore to capitalize on the overwhelming response she’s received.

“I didn’t know people would fall in love with me, and that’s not why I did it,” Kimbrough humbly tells TVLine. “This is not my first documentary. When I did the Vice documentary on LuLaRoe, people barely noticed. This time, it feels like everyone noticed, and I never thought in a million years that a response of this magnitude could come from it. Not even close. I am just as surprised as anybody.”

Kimbrough is also learning to take the bitter with the sweet. While there are those who adore her, others grew angry when she said she turned down a LuLaRoe company cruise invitation because she didn’t want to be “on a boat with a whole bunch of white people… in the middle of nowhere.” 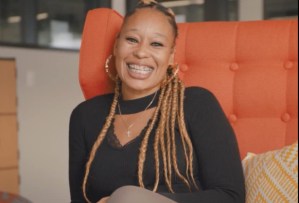 While making the comment, she took deep breaths and apologized and said she loved white people “to death.” But because there weren’t that many other Black people on the cruise or employed by the company, she knew she would feel uncomfortable. But some viewers still took offense.

“I got offered the cruise twice, and I chose not to do it,” Kimbrough explains. “I didn’t feel comfortable going, and that’s how I felt. I’m OK with what I said, but if that offended you, I’m sorry. That was my reasoning for not going.”

Kimbrough argues that there is a historical precedent to take into consideration as well.

“Historically speaking, Black people on boats with white people don’t have the best track record,” she adds with a chuckle. “Those who are offended don’t know what it’s like to have ancestors who were chained up on a boat and sold because of the color of their skin. I was being honest, and I refuse to water down my story, and nothing anyone can say is going to make me take that back.” 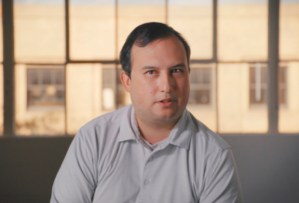 LuLaRich may inspire more former saleswomen to tell their own stories and take the company’s owners to court. And Kimbrough, who worked at LuLaRoe for more than three years, says she’s ready for that, too. She’s also friends with people who still work for the company and others who quit like she did, including the docuseries’ other breakout star, Derryl Trujillo.

“I’m fine with getting subpoenaed,” Kimbrough surmises. “They can’t say I’m lying because I have receipts. No one is going to threaten me or come for me. Just let us have our documentary, and I’m going to keep it moving.”

What did you think of LaShae Kimbrough’s cruise quips on LuLaRich? Drop your thoughts in the comments.