How quickly is Chicago Fire heading for a wedding? Might college sack some All American romances? Which Sanditon duo will sit out Season 2? Read on for answers to those questions plus teases from other shows. (Email any brand-new Qs to InsideLine@tvline.com.)

Any chance an old character will make a guest appearance in Chicago Fire Season 10? For the 200th episode, or as guests at the Stellaride wedding? –Shiran
Given that it’s a big, milestone season, showrunner Derek Haas promises “some callbacks that stretch all the way back to the early seasons. It’s going to be a special season, for sure, and one that will change everything about the show.” But as for Episode 200 (which should land in late October), the “Stellaride” wedding will not take place that soon, Haas confirms.

Any news on this year’s Chicago Med/Fire/P.D. crossover? Will there be one? –David
Unfortunately, the #OneChicago franchise’s annual crossover is on hold for now. “I feel bad, because we had one planned, and we had it all talked out with the showrunners of the other two shows, and we know what we’re going to do, and it’s enormous… but the Delta variant kind of forced our hand,” Fire showrunner Derek Haas explains. 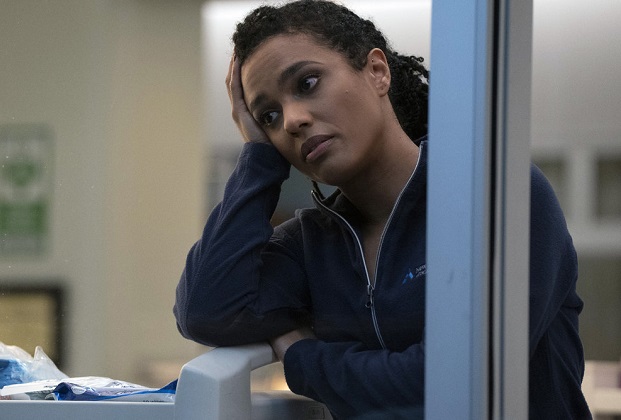 When New Amsterdam‘s Helen spoke about her brother’s passing, I thought that we were going to discover a little more about her and her family, but it didn’t happen. Any chance of that this season? –Jade
“We’ve got some flashbacks coming up with Helen’s past,” showrunner David Schulner previews. “It’s a childhood memory, so we’ll get to meet her father and see all kinds of stuff.” Plus, Helen’s mom will be back in the present again, so “we’re going to learn a lot more” about the doc.

Can you find out when Season 4 of Private Eyes will air? The first three seasons ran on ION. –Jen
An ION rep tells me that the eight episodes of Private Eyes Season 5 will run on ION Plus in the first quarter of 2022, while Seasons 1 through 4 currently run every Thursday on ION Plus (which apparently is available on Samsung TV Plus and Vizio Watch Free+).

What will Jordan and Simone’s relationship look like now on All American, since they are planning to go to different schools and annulled their marriage? –M.
When it comes to the Jordan/Simone and Spencer/Olivia
relationships in Season 4 (premiering Oct. 25), showrunner Nkechi Okoro Carroll urges fans not to assume that breakups are inevitable, even as college looms. “We did not work so hard to get together the people we felt were finally right for each other at these stages in their lives, only to break them up super quickly. That is not the goal,” Carroll teases. “There are challenges and obstacles — no relationships are perfect, especially as you’re hitting that quarter-life crisis — but we’ll be exploring that through the relationships on the show.” 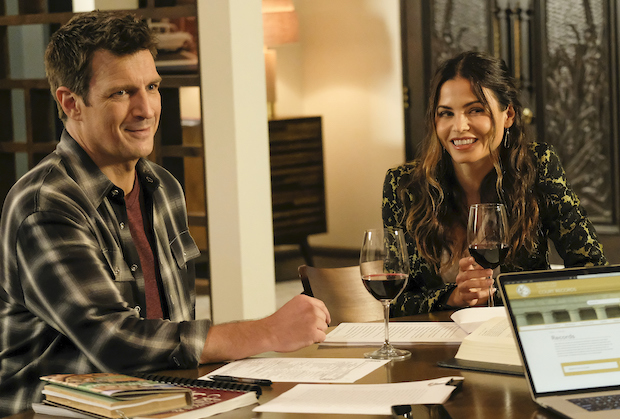 Are The Rookie’s John Nolan and Bailey gonna have a relationship this season? The chemistry between Nathan Fillion and Jenna Dewan was awesome. –Spencer
“Nolan’s relationship with Bailey is definitely a big part of the season, with its ups and downs,” says showrunner Alexi Hawley. “We’re using Bailey a lot,” he added. “I love that she basically is a Swiss Army knife of careers and jobs, so we will see her firefighting, we see her do a little fighting in her Capoeira instruction, and at some point we’ll see her as an Army reservist.”

I know it’s early yet, but will NCIS: Hawai’i tell us what exactly went down between Lucy and Whistler in the past? –Dee
When I spoke to co-showrunner Jan Nash this month, she said, “It seems like inevitably we will have to, but when that will be… I don’t know. It’s a hanging chad!”

Should I be worried about Stargirl‘s Courtney and Yolanda “breaking up” as BFFs, now that Yolanda has quit the team? Even before that, Yolanda seemed bothered by Courtney and Cameron. –Leigh
When I spoke to Yvette Monreal, she noted that the Courtney/Cameron relationship “is kind of sparking, and that worries [Yolanda] a bit. Courtney was my go-to, and now I see her with Cameron which is not really the best idea. [The JSA] killed his father, so there’s the potential for lot of turmoil and trouble there. I try to talk her out of it but she’s really into him, so it’s not the best for Courtney and Yolanda’s relationship.”

Any scoop on Animal Kingdom? -Michael
The TNT drama still has a season to go before the end of the line, but its Season 5 finale (premiering Sunday, Oct. 3) puts the writing on the wall, especially where one of the Codys is concerned. When the past refuses to stay… well, in the past, it leaves [Spoiler]’s future looking as bleak as ever a prison cell did. 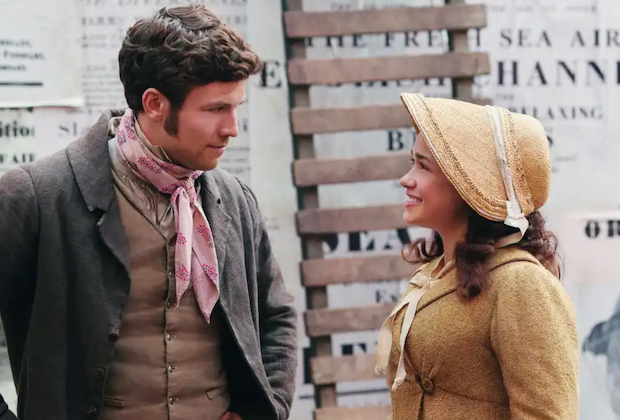 Could you please find out whether Sanditon Season 1 regulars Mark
Stanley and Leo Suter (who played Lord Babington and Young Stringer) will be returning to the show at all? Both were noticeably absent from the Season 2 cast news. –Aria
A rep for the series tells Inside Line, “Due to several reasons including scheduling conflicts, neither Mark Stanley nor Leo Suter will be returning to the next season of Sanditon. We are extremely grateful to Mark and Leo and wish these two talented actors the very best for the future.”

A few years back there was talk of a Doc Savage series for television (after the film project for a Dwayne Johnson starring feature fizzled). Is there any word or progress on the series? –Richard
There are no updates, though I am hearing that the project is still in some stage of development at Sony Pictures Television. 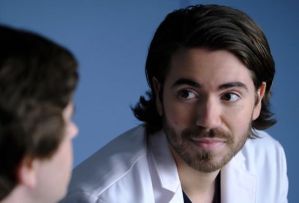 Will The Good Doctor introduce any members of Asher’s estranged family in Season 5? What about anyone from Jordan’s life? –T.B.
“Not early in this season,” EP David Shore answers. “We’ve got a lot to take care of and a lot to cover. A lot happened at the end of last season. I don’t want to overpromise. We want to go there. And we will continue to talk about Asher’s family, who both of those characters are and where they came from. But we have a lot to service at the beginning of the season, based on where we finished last year. So I don’t think we’re going to meet any family — at least not right away.”

Any scoop on The Walking Dead? -Jen C.
In the penultimate episode of the final season’s first of three arcs (airing on AMC Sunday, Oct. 3), Maggie and Negan reach what may be a turning point in the relationship between Glenn’s widow and his murderer. And as hard as it may be to imagine, Eugene finds a way to leap out of the frying pan and into the fire.

If you want the Inside Line on a favorite show, email InsideLine@tvline.com! Questions left in Comments will not be read and may very well count against your final score. (With additional reporting by Ryan Schwartz, Charlie Mason, Rebecca Iannucci and Vlada Gelman)