Of all the things Raq taught Kanan in Power Book III Season 1, figuring out who to trust was the most invaluable lesson. But as fans learned during Sunday night’s finale of the Starz drama, Kanan will eventually realize he can’t trust anyone — including his own mother.

This became clear as Raq’s grand plans slowly started to unfold in the Episode 10 installment, titled “Paid in Full.” And by the time everything came to a close, it appeared as though Raq had set Kanan up. What is unclear is what the setup is, exactly, and why she did it, because there are a few possibilities.

In the best case scenario, Raq had Kanan shoot Det. Howard, who is secretly his biological father, because she knew (or thought) that Howard would never snitch on Kanan. If Howard doesn’t talk and goes along with things the way Raq hopes and says Nique shot him, Raq wins. Plus, Howard could also tell Raq that he won’t snitch on Kanan if Kanan donates some of his bone marrow so that Howard can beat leukemia and live.

Worst case scenario, if Howard does tell his fellow officers that Kanan shot him, Raq had Symphony take Kanan to Maryland to hide out. The only thing is, how long can Kanan stay on the lam? And if Howard starts snitching, will Raq send someone to finish the job and kill Howard? Because even though Howard has more to gain by coalescing with Raq’s schemes, he’s probably also angry — and more than a little hurt — that Raq had Kanan try to kill him in Nique’s jacket. 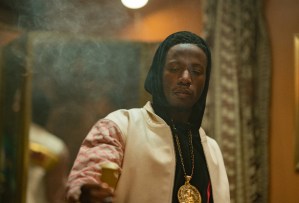 Speaking of Nique, how strong will a case against him be? He has an alibi and witnesses, but he also had the bloody jacket in his possession when the cops came to arrest him, thanks to Marvin. Julia, meanwhile, seemed to be switching up her eyewitness testimony a bit: She said she saw the jacket but not the face of the person in the jacket.

But why is she being so sketchy? Did Raq tell Julia to give a shaky account — and if Raq did tell her to do that, does that mean Raq wants Kanan to serve time? Kanan would suffer too much if he were locked up, especially at such a young age. It’s unclear what Raq wants, but it’s hard to imagine she would want Kanan to suffer. At the same time, it felt like Raq knew Kanan wouldn’t be able to shoot Howard in the head so… what does that mean? 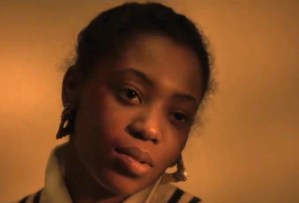 This all brings us back to Jukebox, who explained to Kanan that they were too young and naive to be caught up in their parents’ messy criminal lives. Jukebox’s father, Marvin, nearly killed her for being gay, and then she ran and told the cops misinformation at her Aunt Raq’s behest. Coupled with Kanan’s murder and attempted homicide — and that’s not counting all the people he killed with his bad batch of crack — and Jukebox is starting to wonder if their family causes more harm than good. Even poor Lou-Lou is questioning what the Thomas family bond really means… and if any of them will ever be free.

What did you think of the Season 1 finale of Power Book III? Grade it in our poll below and share your thoughts in the comments.