Sarah Jessica Parker hasn’t yet been able to come up with the right words to address the death of her Sex and the City BFF. 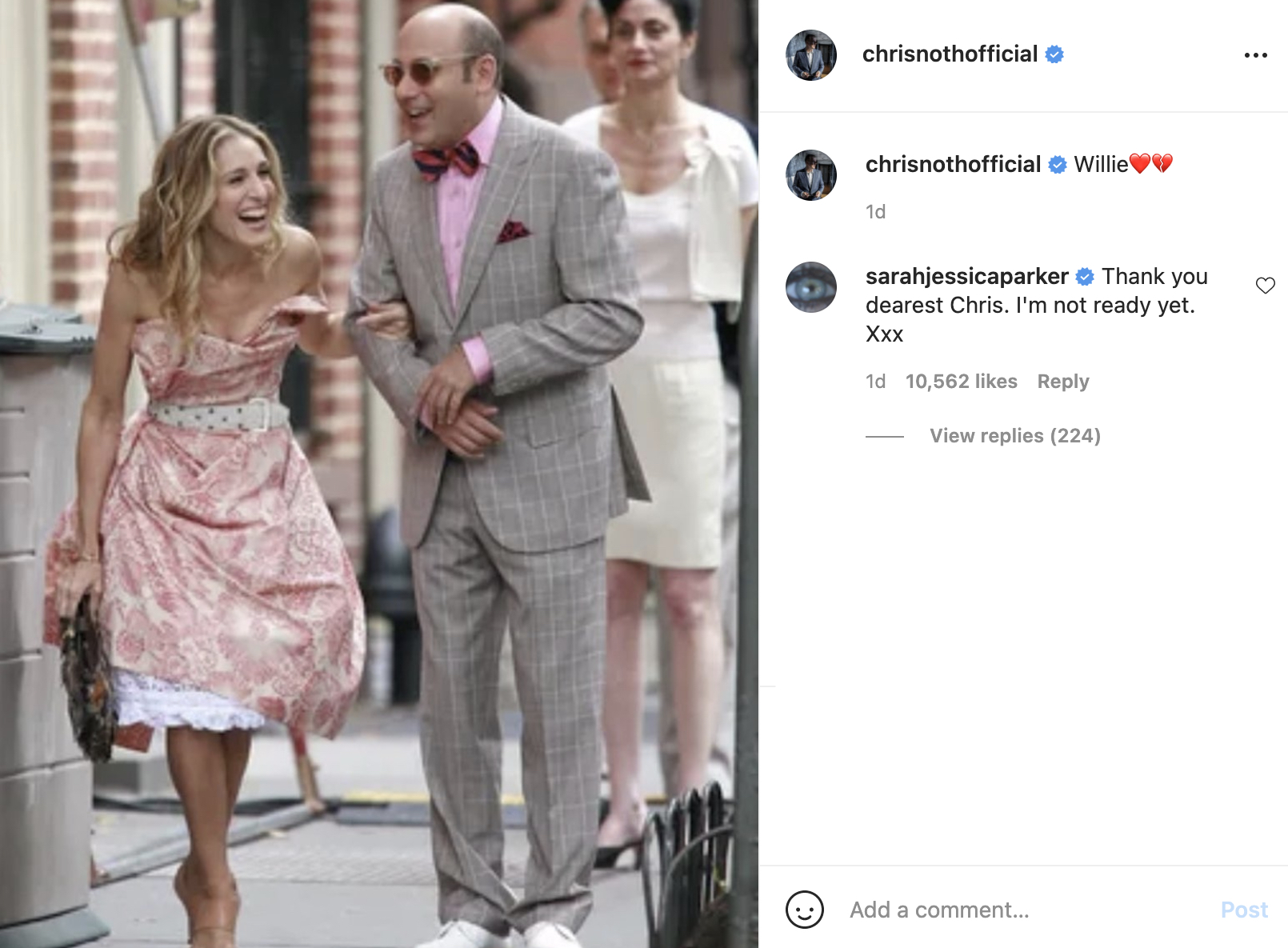 Garson memorably played Carrie Bradshaw’s gay best friend Stanford Blatch on HBO’s Sex and the City, appearing alongside Parker on all six seasons as well as two big-screen movies. He was slated to reprise the role in the upcoming revival And Just Like That…, premiering this fall on HBO Max. (TVLine has reached out to HBO Max about the plans for Garson’s character.)

Cynthia Nixon, who played Miranda on Sex and the City alongside Garson, remembered him in a statement on Twitter: “So deeply, deeply sad we have lost Willie Garson. We all loved him and adored working with him. He was endlessly funny on-screen and and in real life. He was a source of light, friendship and show business lore. He was a consummate professional — always.”

Kristin Davis, who played Sex and the City‘s Charlotte York, eulogized her costar on Instagram, writing in part: “Willie is beloved by our entire community. He was smarter and funnier than you ever would have imagined. We are bereft without him.”

Kim Cattrall, who played Sex and the City‘s Samantha, also offered a tribute to Garson on Twitter: “Such sad news and a terribly sad loss to the SATC family. Our condolences and RIP dear Willie xo.”

Sex and the City executive producer Michael Patrick King added his condolences in a statement to our sister site Variety: “The Sex and the City family has lost one of its own. Our amazing Willie Garson. His spirit and his dedication to his craft was present every day filming And Just Like That. He was there — giving us his all — even while he was sick. His multitude of gifts as an actor and person will be missed by everyone. In this sad, dark moment, we are comforted by our memory of his joy and light.”

Mario Cantone, who played Stanford’s nemesis-turned-husband Anthony on Sex and the City, paid tribute to Garson on Twitter: “I couldn’t have had a more brilliant TV partner. I’m devastated and just overwhelmed with Sadness. Taken away from all of us way soon. You were a gift from the gods. Rest my sweet friend. I love you.”