FBI: Most Wanted viewers have seen the last of Special Agent Kenny Crosby.

Who's In? Who's Out? TV's Major Casting Moves for Fall (and Beyond!)

Following the events of Tuesday’s Season 3 premiere — which was Part 2 of a three-part crossover with FBI and new spinoff FBI: International — original cast member Kellan Lutz has confirmed his departure from the CBS procedural.

After the episode, the Twilight vet released a statement on social media acknowledging that a series of real-life heartbreaks — including the loss of his first-born daughter in 2020 — led to his early exit.

“Crosby won’t be chasing down any bad guys for a little while,” Lutz confirmed. “2020 was a lot for everyone to say the least. For me it started with losing my first daughter, then nearly my wife, and both grandfathers among other things, all in the middle of a global pandemic on the opposite side of the country from my family, friends, and entire support system.

“If 2020 taught me anything it’s how important family truly is,” his statement continued. “After a lot of prayer and reflection I made the difficult decision to move my growing family back to [California] so our daughter could grow up with her grandparents, aunts, uncles, and cousins, just a short drive away.”

Lutz gave special thanks to CBS, Dick Wolf, Universal Television and the entire FBI: Most Wanted team for being “beyond supportive” and “understanding” of his decision. “I will miss the show, my costars, production, and most importantly my character Kenny Crosby, who is named after one of the grandfathers I lost earlier this year,” he revealed. The actor also shared his hope that he’d be able to “pop in and out” of the FBI franchise, “here and there in the future.” 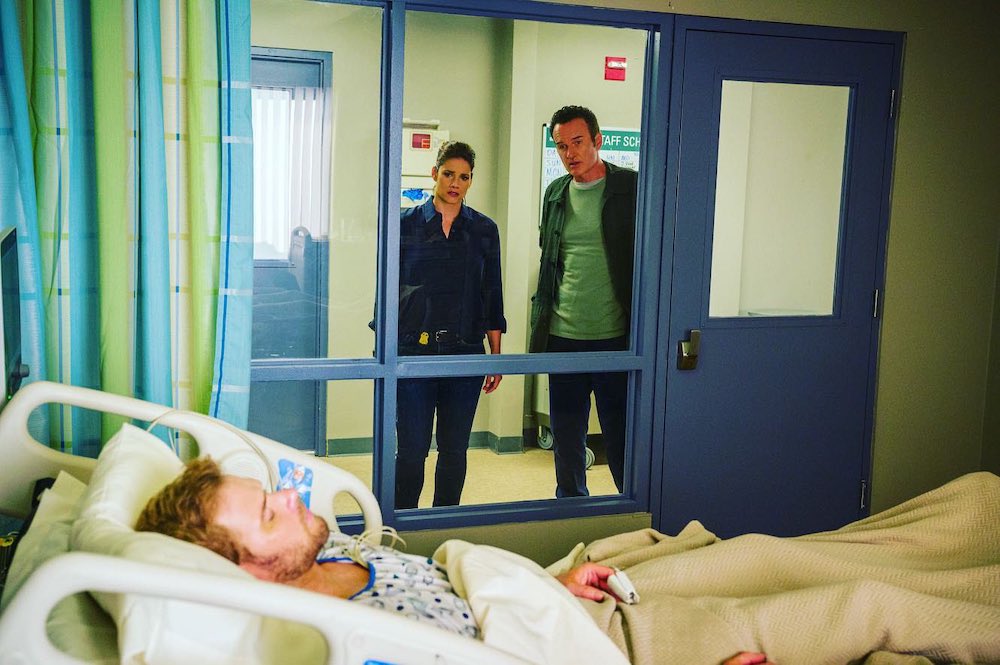 During the crossover, Agent Crosby assisted Missy Peregrym’s Special Agent Maggie Bell after a murder suspect was identified as Curt Williams, a fellow veteran who had served alongside Crosby in the Army. Crosby was ultimately shot by Williams and required immediate surgery. His prognosis seemed grim, but he pulled through. Faced with a long recovery, Crosby left the FBI team and returned home to his parents in Oklahoma.

Are you going to miss Kellan Lutz — and Special Agent Kenny Crosby as part of the FBI: Most Wanted team? Sound off in Comments.