Kicking off with last season’s cliffhanger, the rescue squad is still trapped underwater, and the boat is quickly sinking. Severide MacGyvers an explosion to get the team a way out, while Casey grabs a tank and heads in a boat to help his colleagues. Capp and Tony surface shortly after Casey arrives, but Severide is still beneath the water trying to save Cruz, who’s lost consciousness. When they finally come up, Cruz isn’t breathing. The rest of the firehouse watches worriedly as CPR is performed. But it would just be cruel if Cruz died while Chloe is expecting their baby, so he survives.

While Cruz is alive, he’s not entirely well. When he returns to the firehouse after a couple weeks of rest, he’s a bit off. He keeps staring down at his equipment and even hesitates at a rescue call. He tries to play it off as stress from having to reschedule the baby shower and Chloe’s mom’s extravagant plans. Then Capp lets it slip to Cruz that Severide pushed himself way past his limits to save him. That knowledge seems to shake Cruz, who tells Severide that he doesn’t know how to thank him. (All Severide wants in exchange is a beer.) Later, Herrmann surprises his pal and Chloe with a beautiful baby shower at Molly’s outdoor patio, complete with flowers courtesy of Gallo’s florist relative. 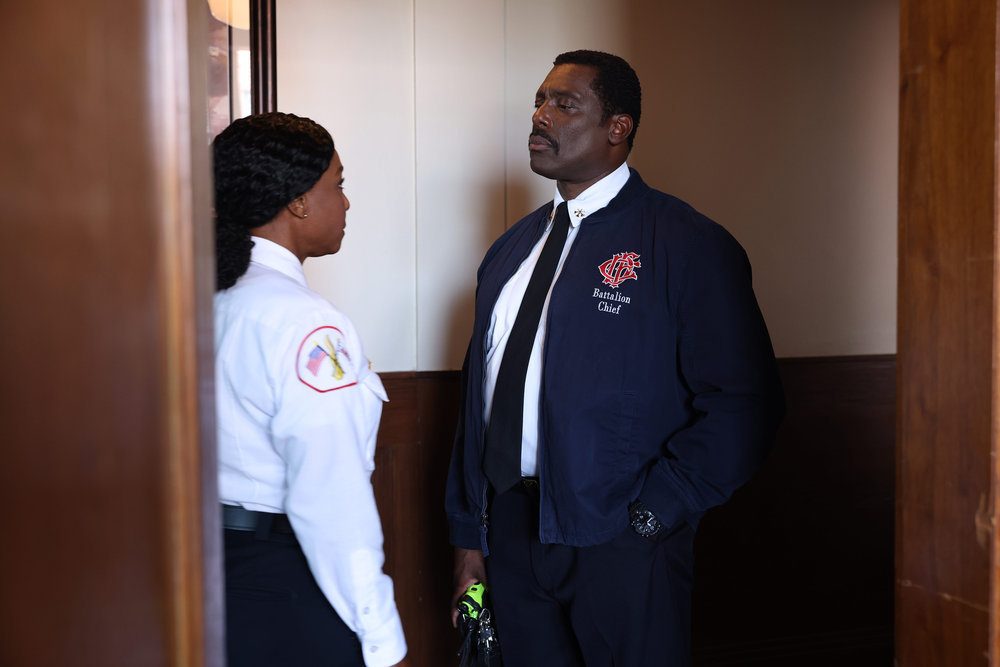 Meanwhile, Boden announces that he’s been chosen as the new deputy district chief. Everyone is thrilled for him, except Stella, who has concerns about what his departure means for the firehouse. While other firefighters claim to be family, 51 actually is family, she argues, and that’s because of Boden. If he leaves, the firehouse will never be the same. The Chief is so moved by her speech that he inquires about moving his district headquarters to 51, but Hill says that would piss off the alderman where he’s supposed to be located. Plus, she’s not thrilled that he’s already making demands. Boden reassures the entire house that they will always be a family, no matter where any of them end up. At the baby shower, Stella apologizes to Boden for what she said, explaining that she didn’t grow up in a happy, loving house. Once she found one, it felt like a miracle, and she didn’t want that to change, even though she might also soon be departing for a lieutenant slot elsewhere. “You leaving will affect this place just as much,” Boden replies.

* Casey and Brett try to be all covert about their new relationship by making a not-so-casual exit together from Molly’s, but everyone is on to them. “Do they not realize we all know they’re together?” Mouch says to Herrmann. “We knew a year before they did.” When Capp wishes the “lovebirds” a goodbye as they all leave the firehouse, the jig is officially up, and Casey puts his arm around Brett. 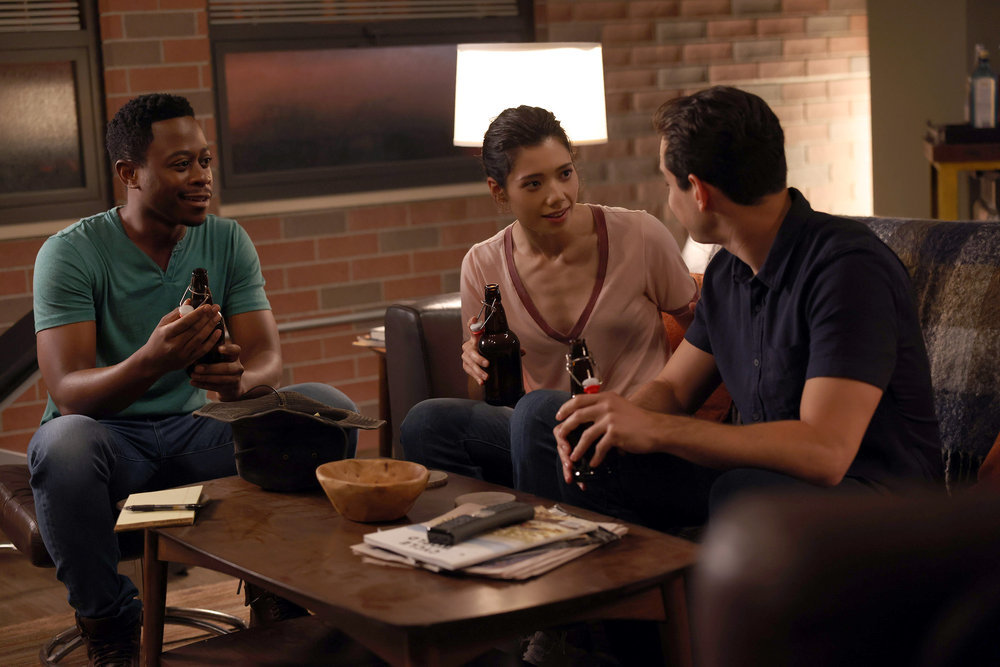 Gallo, Violet and Ritter bicker and bicker about what their side hustle business should be. Well, mostly Gallo and Violet bicker, and Ritter sighs exasperatedly at his friends. They finally reach an agreement to start a microbrewery after tasting Gallo’s surprisingly excellent homemade beer.

* Severide calls his mom to tell her about his engagement, and she responds that Severide men are doomed to fail at marriage. Ouch. Stella tries to assure her fiancé that he’s no Benny.

Fire fans, what did you think of the season opener? Are you relieved everyone survived?