It’s usually easy to tell if Morris Chestnut is a good guy on the TV dramas he stars in. He has played a couple of FBI agents, a manny, and life-saving doctors on two separate Fox procedurals.

But on the network’s new nighttime soap Our Kind of People, which premieres Tuesday at 9/8c, Chestnut’s Raymond Dupont is a smooth and successful businessman with secrets that could either expose him as the villain no one saw coming or a do-gooder trying to amend past misdeeds.

Created by former mixed-ish showrunner Karin Gist, the series is executive-produced by Empire‘s Lee Daniels and inspired by Lawrence Otis Graham’s 1999 book of the same name. Unlike the nonfiction fare, which focused on affluent and influential Black people all over America, the TV drama spotlights the Black, rich and fabulous who call the Oak Bluffs on Martha’s Vineyard home. Raymond’s well-heeled family include his equally posh wife Leah (played by Let’s Stay Together‘s Nadine Ellis), who boasts a wieldy and wealthy lineage.

“My character goes through some peaks and valleys for sure,” a tight-lipped Chestnut tells TVLine. “Most people, when they do bad things, don’t consider themselves a bad man or a bad woman. They justify their actions, which enables them to sleep well at night. I personally wouldn’t call Raymond a bad guy, but we’ll let the audience decide as the season goes along. There’s a lot of backstory we’ll unravel as the series progresses.” 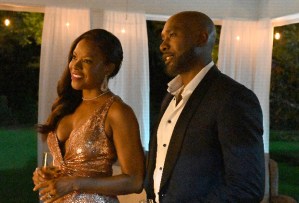 Chestnut, whose acting career spans 30 years and kicked off with the Oscar-nominated film Boyz N the Hood, says that as a fan of soapy offerings like Dynasty, Empire and Scandal, it feels good to shake things up and get melodramatic.

“I wanted to hop into this world so people can grab their popcorn and hot tea and see what happens,” he says with a chuckle. “I was a huge fan of Empire and I thought it was culturally iconic. It introduced a whole new audience to a glamourous and musical family and culture.”

Like Empire, Our Kind of People has the potential to edify audiences about a societal sector they don’t know much about, as well as celebrate prosperous Black people who are not entertainers, athletes or criminals, Chestnut says.

“Those [Empire] characters were fictionalized, as are our characters, but it’s set in a world that’s very real among the generationally Black elite who reside on Martha’s Vineyard,” Chestnut explains. “There are Black people who are extremely wealthy, and I’m excited for viewers to see that.” 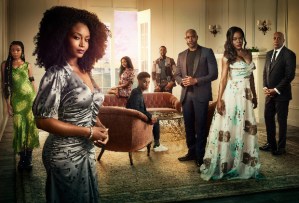 Our Kind of People also focuses on Angela Vaughn (played by Chicago Med‘s Yaya DaCosta), a working-class outsider who attempts to infiltrate this rich and fabulous world with a secret that could destroy one of its most powerful Black families. This is part of what makes the show sexy and exciting, Chestnut says.

“I love the way Karin is writing the show,” the actor says while curbing his enthusiasm. “I love the reveals that take place and what all of the characters are doing. But when you do something about any group of people, it’s very hard for everyone to be satisfied. You’re always going to have people who like it and those who don’t. That’s just the nature of the business we’re in. Some of the Black elite on Martha’s Vineyard will appreciate Our Kind of People, and some won’t — and I welcome those conversations about the good and the bad.”

Want scoop on Our Kind of People, or for any other show? Email InsideLine@tvline.com and your question may be answered via Matt’s Inside Line.