Supergirl’s titular hero is a symbol of hope and justice for everyone — but even she has her blind spots.

This Tuesday’s episode (The CW, 9/8c) will see the Girl of Steel and the rest of the Superfriends confronted with their own personal biases while trying to stop Nyxly from causing further harm to National City.

The episode — which was co-written by cast member Azie Tesfai and J. Holtham (Pitch, Cloak & Dagger, Jessica Jones) — finds Kelly Olsen horrified when the Ormfell building implodes and injures many in the underserved community, including Joey (Aiden Stoxx).

Olsen’s horror becomes frustration when she realizes that the local hospital is overwhelmed, people are getting sicker, and no one is coming to help, including Supergirl, who is busy fighting Nyxly. Knowing that she is able to make a difference, Kelly embraces her power and fully steps into her role as Guardian and, joined by Supergirl, Alex, Arrow’s John Diggle (guest star David Ramsey) and the team, leads the way to restoring justice to the fallen community.

In an effort to make the story as authentic as possible, Tesfai spent a month in the writers’ room alongside Holtham, sharing personal experiences, and dined with Ramsey (who also directed the episode) on numerous occasions to learn about his own experiences. The actress recalls “trying to integrate the nuances of what it means to be Black” into the story “when so many times we’re just relegated to one character that only gets to tell one side of it.” 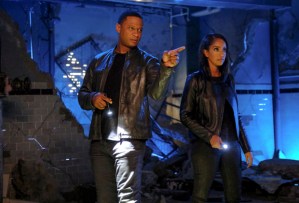 In “Blind Spots,” Tesfai also suits up as Guardian for the first time. The suit, which was inherited from Olsen’s brother James, features several big upgrades including a gold exterior, a half mask, and long braids with beads on the ends. Tesfai reveals to TVLine that she had a lot of input when it came to her new superhero garb, which was inspired by Malcolm Duncan (DC Comics’ first Black superhero to took up the Guardian moniker) as well as her East African culture.

“I’m Eritrean, my mom grew up in Ethiopia, and gold is such a big part of our culture,” she shares. “Not only did I want to try to get as comic book accurate, because that’s the coolest part and we’d never seen Guardian with gold, but I wanted to have personal cultural touches, so the beads in my hair are a nod to my personal culture.”

“Once the [half helmet] got approved, I was like, ‘Well, now she has visibility as a Black woman…and I want braids down to my butt,” Tesfai adds.

The Supergirl star describes the process of creating Guardian’s look as “hugely collaborate,” noting they had six months to get it right. Additional ideas for the suit included painting Guardian’s bullets gold and essentially going full gold with the outfit.

“I was like, ‘Yes, she is fabulous!’ I want to lean into her femininity because Guardian’s never been a woman,” Tesfai concludes. “So while honoring the comics as much as possible, also honoring her femininity as a superhero as well.”

See the Guardian suit in all of its glory below: 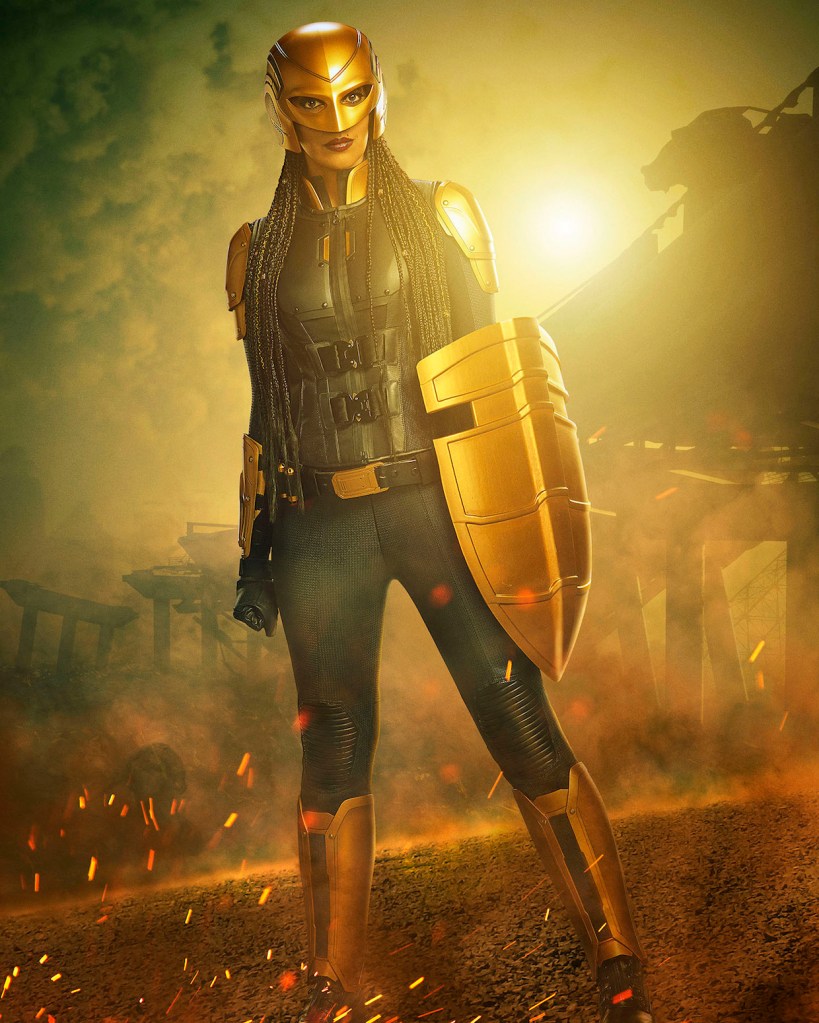