This Tuesday on DC’s Stargirl (The CW, 8/7c), the new JSA is reeling from their first in-person face-off with the truly evil Eclipso — a clash from which two classmates did not walk away alive.

How will Yolanda aka Wildcat, who all season long has been tormented by her murder of Brainwave last season, cope with this latest stark reality of costumed superheroism? Is she prepared to be the one who kills Eclipso, when the time comes? Or will she wash her hands of any such burden?

TVLine spoke with Yvette Monreal about that epic “Clash in the Cafeteria,” Yolanda’s ongoing search for absolution, and more.

TVLINE | We first must talk about last week’s brutal fight in the cafeteria. What does a sequence that big and elaborate translate into for you, as actors?
It was really fun to do. It was a very long episode, and one of my favorites. The director, Walter Garcia, spent so much time coordinating it and put so much effort into it…. There definitely were longer hours involved, and my stunt double did a lot of the wire work — she’s amazing and has embodied Wildcat like no other person, I hope she never leaves me! [Laughs] It was definitely a longer shoot, but it was worth it. The director was so passionate about making these fights sequences the best, and you can see that. It led to a big payoff, for sure. 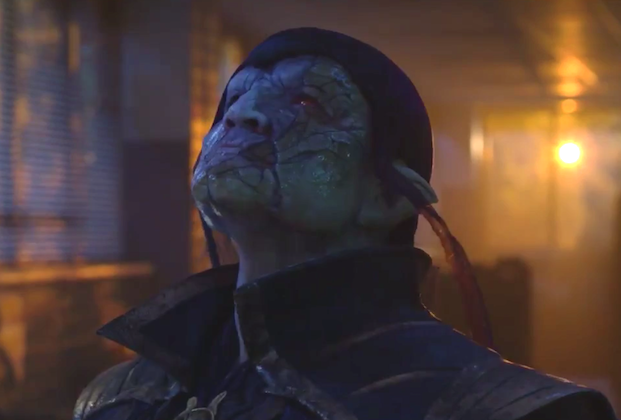 TVLINE | What was it like for you finally having Nick Tarabay (Spartacus, The Expanse) on set, in costume, looking so frightful as Eclipso?
Oh my gosh, when I saw him getting into character, his preparation right before the scene, it was very inspiring. I mean, we’re obviously “in it” when we’re filming, but he pushed me to take it to another level, to almost think of it more theatrically. He is very theatrical, coming from a theater school, so [his performance] was frightening, it was great, it was moving…. It was all of the things. And he’s also a really nice person off-screen! He’s a fantastic actor — and he’s an acting coach, which I didn’t know. 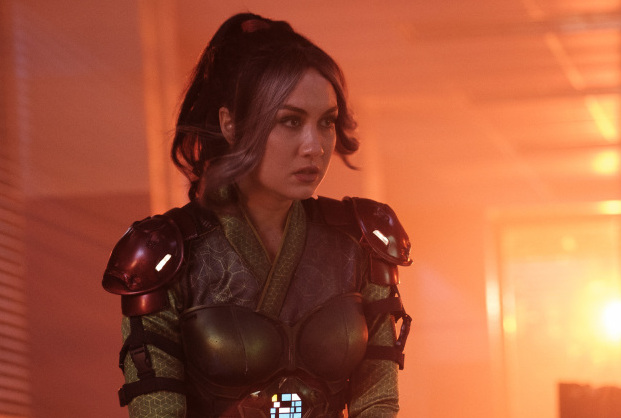 TVLINE | How will losing Cindy and Isaac affect someone like Yolanda, who is already torn up about Henry and Brainwave dying at the end of Season 1?
Losing Henry, killing Brainwave… it was a lot to digest. And seeing Eclipso killing more people in front of her makes it that much more real. Obviously, Yolanda is seeking redemption throughout this season, but nobody really understands what it’s like to kill someone, so I don’t know who to turn to. It’s something I don’t want to have to do again, so it’s really messing with my mind, making me go a bit crazy.

TVLINE | I found it interesting that even with everything Yolanda is going through, she was the one who last week declared that Eclipso deserves to die.
Yes, she did say that. “Isaac and Cindy didn’t deserve to die, but Eclipso does.” You see that little shift there with Yolanda, like she’s feeling there can be “exceptions.” She tries to go to the priest and clarify whether it’s OK to kill something or someone if it’s to save more people. Because in her mind, she’s not, “I want to kill Eclipso because I’ve turned a new leaf and I’m now badass!” No, she’s like, “By killing certain people, you will save more people” — like, I will be helping God by doing this, so there needs to be some kind of exception. She’d be sacrificing Eclipso to save the rest of the world. If he doesn’t go, many others will.

TVLINE | Do you have any personal thoughts on the religious aspect of Yolanda’s storyline, the fact that she does seek counsel from a priest, that she goes to confession?
I think it’s beautiful. I’m Catholic myself, and I think that exploring religion is something you don’t really see on shows. Unless it’s a novella or something, I don’t remember seeing many shows explore that, so I actually really appreciate it. It gives people a new perspective on my culture, because religion is a huge part of the Mexican culture. 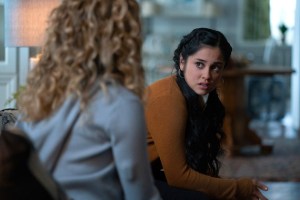 TVLINE | Beyond the priest, who else is there for Yolanda to reach out to this week? Like, Courtney, or even her own mother…?
I feel like Yolanda doesn’t want to be a burden on anyone, but also she doesn’t really feel like the JSA understands at this point. Yolanda is the only one who has killed someone, and she tries to ask Courtney, Rick and Beth, “This is OK, right?” But nobody can tell her it’s OK, so it’s a little tough. She reaches out to her friends, who are like her newfound family, but they don’t really get it, and her own family, they haven’t made amends yet. I think that’s why she leans so much on the priest, because if she can confess to him and he says, “Yolanda, it’s OK, you are going to be saved,” that’s all she is looking for. She doesn’t know if she is going crazy, by hearing all of this humming, or if she is being punished by God, so the truth needs to come out — and eventually it will.