You’ve gotta, ahem, hand it to Animal Kingdom’s Cody clan: They work hard for the money. In Sunday’s Shawn Hatosy-directed episode, while Pope and J disposed of Livengood’s remains, Craig and Deran scoped out the hawala that Frankie hoped would be her ticket outta the country. And if you keep reading, we’ll go over all of the gory — and I do mean gory — details.

‘YOU CAN’T TRUST THE COPS, MAN’ | As “Trust the Process” began, Janine’s plot to blow away Max in a VIP room at the strip joint where Linda bumped and ground went south when Baz’s mother sold out her pal to the crimelord. And after Janine had invested in a Dolly Parton wig, too! When Andrew and Julia’s Mommie Dearest made it back to their trailer, Max insisted that the kids stick around to watch him work her over. Little did he suspect that the future Pope would stab him in the leg, thus allowing his mother to retrieve her gun and shoot the kingpin. And shoot him. And shoot him. With that, the youngsters were scarred not only for life but several lifetimes. As for Janine, she was just lucky that sound apparently didn’t travel far in the trailer park, and she had Jake and Manny on the ’80s equivalent of speed-dial to haul off the body.

In the present, of course, the Codys had to figure out how to get rid of Livengood’s remains, some of which were splattered all over The Drop. “We bleach,” exclaimed J, for whom so many problems are solved by cleaning. “Get the mops.” As for the body itself, J and Pope deposited it in the trunk of Livengood’s car, drove the car into a stolen truck, then drove the stolen truck to a shady doctor who referred them to some even shadier characters who wouldn’t object to making a DEA agent’s corpse disappear. (Funny, the logline for this episode didn’t say anything about the Codys starring in a remake of Weekend at Bernie’s.) Back in Oceanside, Frankie reported to Deran and Craig that she’d found them a megabucks hawala, but the former was all, “Not today, Frankie” — till he realized that if J’s plan to dispose of Livengood didn’t work, they might need some cash to beat a hasty retreat. 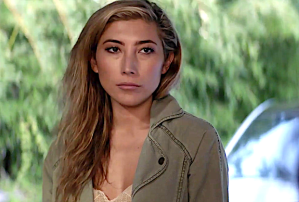 ‘FAIR COMPENSATION… THAT’S ALL I’M ASKING FOR’ | Ahead of Frankie’s meeting with the hawala, at which she’d send her last $30k to someone she trusted in Costa Rica (a lover?), Deran showed off his tech skills by crafting a device that would let his crew track the money to find out where the big score was being stashed. Before Frankie would go to the meeting, though, she wanted to reach an agreement that she’d be cut in for an equal share — she was getting out of the biz and relocating to Costa Rica. Fine, said Deran as reluctantly as he says most things. So while Frankie met with the hawala, Deran and Craig checked out the unassuming union hall in which he holed up.

Meanwhile, Pope and J arrived at a deserted house in the desert, where they were instructed to cut off one of Livengood’s hands. Because they never get instructed to help themselves to a light snack and tequila, do they? The guys who were going to make Livengood disappear then dropped his body through a hole in the floor — they weren’t going to transport it across but under the border. As for Livengood’s car, J and Pope were told to drive it onto Native American lands and leave the hand on the passenger seat; the police there, the erasers said, would find what they were told to. 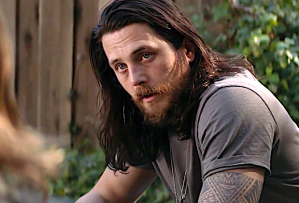 ‘WE WERE NEVER REALLY KIDS, ME AND YOUR MOM’ | As the hour drew to a close, Deran’s tracker revealed that Frankie’s money was on the move. Then we follow it, said J, grabbing sponges and Windex if only in his mind. Ultimately, the Cody brothers and their nephew discovered that the hawala — Wyatt the Wizard to his friends — was holding the big bucks at the port. “Dude’s a longshoreman,” muttered Craig. “Makes sense.” But with heightened post-9/11 security and a zillion shipping containers, how the hell were they supposed to find the dough? “We make a plan and we follow it,” said Deran. “That’s what we do.” In response, J switched on his Dust Buster. Just kidding.

So, there’s no way Deran isn’t the prime suspect in Livengood’s disappearance/murder, right? Is Pope going to ignore J’s advice and silence Chadwick? Will Frankie only get to make her getaway in a pine box?