Wrestler Tommy Dreamer has reportedly been suspended indefinitely by Impact Wrestling following comments he made during Vice’s docuseries, Dark Side of the Ring.

Pro Wrestling Insider reports that Dreamer was “asked to leave effective immediately” from this week’s taping in Tennessee after making statements that were “out of line” with the company’s core values. Impact Wrestling has not yet responded to TVLine’s request for comment.

Thursday’s episode of Dark Side of the Ring tackled the infamous “Plane Ride From Hell,” a nightmarish transatlantic flight in 2002 that saw intoxicated wrestlers brawl with each other mid flight and reportedly harass the flight attendants onboard. It was during this flight that WWE Hall of Famer Ric Flair allegedly pulled one of his famous pranks. According to Dreamer and Hall of Famer Rob Van Dam, Flair stripped down to only his wrestling robe, performed his signature strut down the airplane aisle and swirled his penis like a helicopter as a gag for his fellow wrestlers.

“That’s what the guys wanted to see, that’s what makes ‘em laugh,” Van Dam said during the episode. 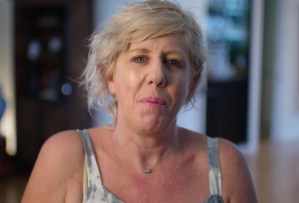 Flight attendant Heidi Doyle alleged that Flair entered the galley in the back of the plane for a Coke and forced her to touch his penis. “I couldn’t move. I couldn’t get away from him,” she said. “He was spinning around his penis and he wanted me to touch it… He took my hand and put it on him.”

Van Dam corroborated Doyle’s story in the episode: “I remember him crowding her and trying to make her touch him and stuff,” he said.

Dreamer defended Flair, saying that “Ric Flair is not going to try to impose by force any sexual stuff onto anybody. He’s just flaunting, stylin and profilin and [doing the] Ric Flair stuff where everybody’s going to laugh about it, but obviously somebody took offense to it.”

Ric Flair has previously denied Doyle’s allegations. In 2004, Doyle and a second flight attendant filed a lawsuit against WWE and several wrestlers, including Flair, for assault and battery, intentional infliction of emotional distress and false imprisonment. Both parties eventually settled out of court.

Dreamer addressed the settlement in the episode, saying that “if that’s how she felt, maybe she should have not taken a payout and went to the fullest extent of the law to then truly put this heinous person in jail.”

Without addressing Doyle directly, Dreamer went on to say, “I feel this is trying to portray someone as a sexual predator, and it it’s not. It’s a joke, it’s a gag and today, 1,000 percent inappropriate… I’ve hung out with Ric Flair. I’ve never seen him try to force his will against anybody.”

Doyle maintained that Flair was in the wrong. “I don’t feel that his intent was to rape me but what he did was wrong,” she said. “It was wrong, and he goes to sleep that night and thinks he made it back from his wrestling trip in Europe and maybe he has a headache because he had too many cocktails on the airplane. And yet, that night I didn’t go to sleep.”

“My trip to work, my trip to get money to support my daughter becomes a memory that is mine forever to live with. Like I get to live with the fact that I had to see a naked man and get my face licked by a man [she alleged that WWE Hall of Famer Scott Hall also harassed her on the flight] that I was there to make sure he got from Point A to Point B safe and they went to sleep and thought they made it home safe and sound,” she added.