There’s been palpable tension between Burden of Truth‘s Billy and Joanna throughout the Canadian import’s final season, and the series finale, at first, seemed to be adding to it.

With Joanna resigning her law license, Billy is upset that she made a big life decision without even talking to him about it. While she uses her last day as a lawyer to work with Luna on getting Dee a settlement, Billy meets up with his father, who gives him some tough but surprisingly good advice when the lawyer laments that Crawford Chang isn’t much of an operation without Joanna. Billy was always the one to watch out for his kids, Hank shares, but being the son of a drunk changes the way that you see yourself. Then he encourages Billy to start acting like he belongs in the major leagues. With that, Billy goes back to the mining union and gets them to sign a retainer. 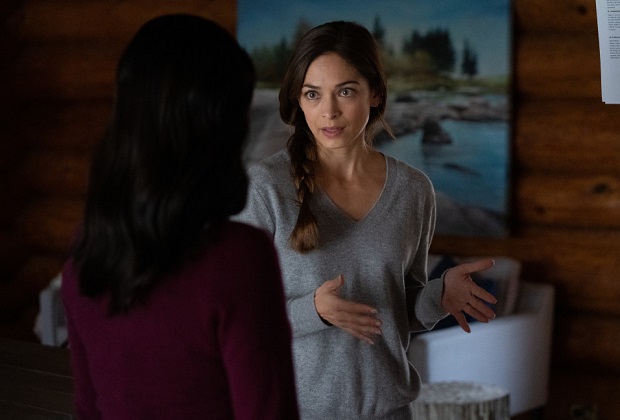 Meanwhile, Helen wakes up and asks for Joanna. When Billy meets her at the hospital, he reassures Joanna that she stands up for people and has more than made up for any damage she did in the past. But Joanna isn’t worried about whether she’s a good lawyer. It’s whether she’s a good person that’s plaguing her. That question about her character is at the center of Joanna’s disciplinary hearing. Billy argues that her actions were the result of being in an abusive relationship with her father/boss. Joanna tells the panel that she thinks good character is about trying, and she’ll never stop trying. In the end, the board finds that she did not act in good faith of the law, but they are also swayed by the good she has done since then, so Joanna’s law license is only suspended for a year.

At home, Joanna gifts Billy with a watch to celebrate his new union client and confesses that she was hiding her true self when she first came to Millwood. “You saw her before I did, and you loved her before I could,” she says. “You gave me the courage to be the person that I always should have been.” She promises to always be there for him, and Billy notes that this sounds a lot like a proposal.

“It’s a counter-proposal,” Joanna replies with a smile and tears in her eyes. “I want it be you and me. For good. Forever.” 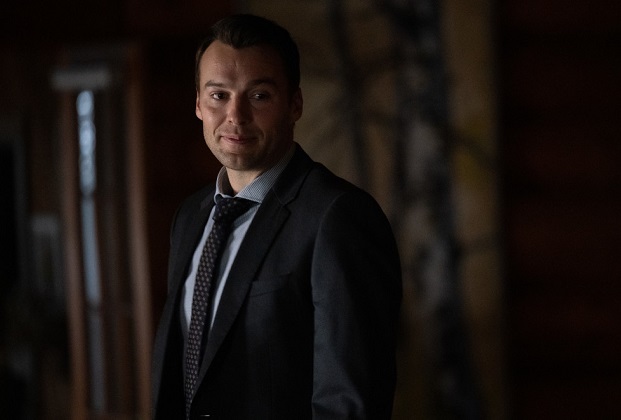 An emotional Billy tells her that no one fights harder and loves deeper than she does. Before her, he didn’t think much of himself, but she made him feel special and inspired him. “I accept your counter-proposal. You and me. Forever,” he says, before lamenting that he has nothing to give her.

“Can I have your mother’s ring?” Joanna softly asks as the baby begins to cry, and I think this means they’re engaged?! Or at least they’re Joanna and Billy’s version of engaged.

In the final scene, Joanna reads over Billy’s shoulder as he drafts a legal document. Baby Cassidy — yes, we’re back to the name from Episode 1 — is fussing her arms. Billy asks if the name is final (“He was just doing his job,” Joanna replies), then he reminds Joanna that her license is suspended so she can’t be studying the document. She advises him to switch the second and third paragraphs, which is better, Billy concedes. “Last time. I promise,” Joanna says, walking away. 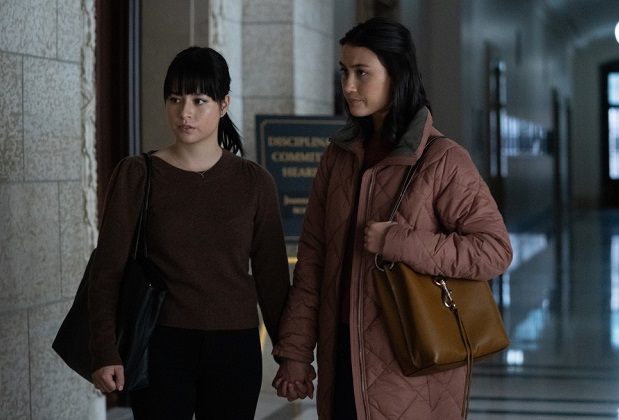 * Luna asks Owen for advice about working within the system. He tells her to commune with her ancestors, who give her the moniker of The Wise One. After that, Luna accepts the fancy law firm job. She also gets back together with Stevie, who ends up working alongside Billy.

* Owen says all the wrong things when he drops off Kip. “When you talk to kids, it reminds me of when you used to flirt. Painful and sad,” Diane half-jokingly remarks. After a conversation with Taylor, Owen realizes that Kip doesn’t need a new dad and instead enlists Luna’s help in getting Kip an emancipation order. Owen and Diane invite Kip to stay with them, as his friends, as long as he enrolls at Millwood High.

* Taylor gets some closure after pulling over her drunk dad. He’s running a steel mill in another city and is in Millwood for a visit. She confesses to Owen that all this time as a cop, she’s been going after her dad, figuratively speaking, and he just got another slap on the wrist. She also shares an emotional goodbye with Dee, who rejects the mining company CEO’s settlement offer because the confidentiality clause feels like gaslighting.

Burden of Truth fans, what did you think of the series ender? Grade it below, then hit the comments!