Shaun and Lea’s march to the altar will seem like a walk in the park compared to the drama that’s about to escalate at St. Bonaventure. 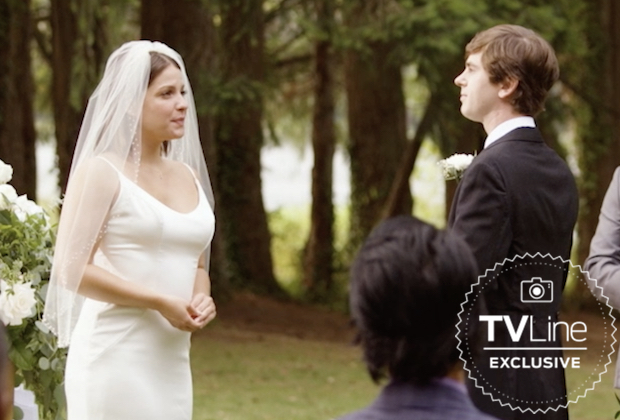 The Good Doctor‘s Season 5 premiere picks up “not too long” after the events of the Season 4 finale, “but it’s not as brief [a time jump] as we usually do,” executive producer David Shore tells TVLine. “It’s six weeks to a couple months,” and preparations are well underway for Shaun and Lea’s engagement party. But the bigger challenge this year “is not being faced just by them,” Shore specifies. “We’re bringing in an internal nemesis this season, which is something Freddie [Highmore] talked to me about doing last year, and we’re having a lot of fun with that.

“This [nemesis] tests everybody, including Shaun,” Shore previews. “Of course, Shaun is going to have a different point of view on it.” 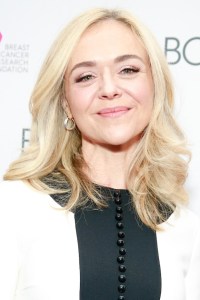 In addition to toasting Shaun and Lea’s impending nuptials, the season opener will introduce Tony Award winner Rachel Bay Jones (pictured right) — whose myriad TV credits include fellow ABC series Grey’s Anatomy and Modern Family — as a new character by the name of Salen Morrison. Shore confirms that she is not a doctor… but could she be the aforementioned nemesis?

“Her character is one of the most fun we’ve had,” Shore teases. “I just love what this actress brings, what this character brings… She just has a great dynamic and a great energy. She is just going going going.” Sometimes she appears “scattered,” but she is “focused on what she wants to be focused on from moment to moment, brilliant and capable at the same time, and she proves to be a real challenge to our people.”