Looks like Charles, Oliver and Mabel will have another case to crack. Hulu on Tuesday announced that it has renewed the critically acclaimed Only Murders in the Building for Season 2, just five episodes into its freshman run. 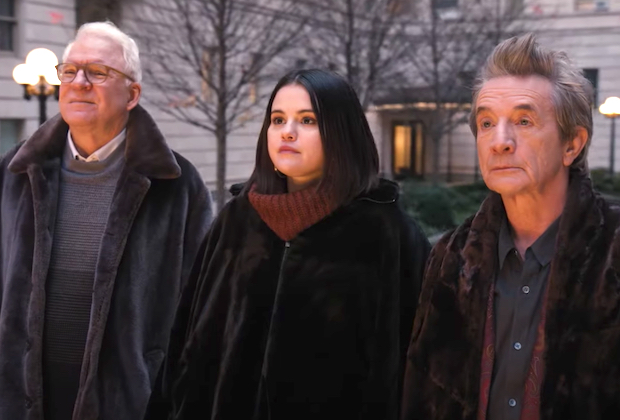 Only Murders follows three strangers (played by Martin, Short and Gomez) who “share an obsession with true crime and suddenly find themselves wrapped up in one,” per to the official logline. “When a grisly death occurs inside their exclusive Upper West Side apartment building, the trio suspects murder and employs their precise knowledge of true crime to investigate the truth.” Martin co-created the series alongside Dan Fogelman (This Is Us) and John Hoffman (Grace & Frankie).

“Everyone in our amazing ‘Building’ worked with such love and expertise through extraordinary times — and with incredible support from Disney, Hulu and 20th TV — to create a first season that might live up to our legendary cast, our beloved New York City, and to make a show about connection,” said Hoffman. “To feel we’ve connected with our audience and hit the mark enough already to have the chance to continue — and to carry on our show’s wild ride of mystery-comedy-empathy — is too exciting for words. So I’ll shut up now, and just say a huge thanks to all and I can’t wait for more!”

Fogelman also acknowledged the renewal in a tweet, writing: “Thank God Steve didn’t name it Only One Murder in the Building. Congrats to this delightful team and thanks to all who are watching.”

Only Murders is the latest success story for Hulu, whose ever-growing comedy slate also includes The Great, PEN15 and Ramy. Its 10-episode freshman run wraps up Tuesday, Oct. 19.

TVLine’s Streaming Scorecard has been updated to reflect Only Murders‘ renewal. Are you looking forward to another season? Sound off in Comments.