When Y: The Last Man showrunner Eliza Clark was just two weeks away from beginning production on the upcoming dystopian comic adaptation, the world was shut down by a very real global threat: the COVID-19 pandemic. Talk about life imitating art.

“I’m very grateful that the show is not about an ongoing pandemic,” says Clark, who also executive-produces and writes for the series. “The aftermath of an event is where the story takes place… I don’t want to watch a show about COVID, but I was certainly informed by some of the stuff I was seeing, [like] some of the conspiratorial thinking and the tribalism that happened.”

The coincidence of a post-apocalyptic show being disrupted by real-life chaos was certainly not lost on Clark. Despite having written most of the season before production picked back up in October of 2020, she and her writing team revisited the scripts to “do some thinking about how we were addressing certain things.”

“The show is about identity and how that shifts in a crisis, and asking questions about what parts of your identity are innate and what parts are imposed,” she says. “A lot of those are questions we’ve been asking ourselves in COVID.”

Adapted from the comic of the same name by Brian K. Vaughan and Pia Guerra (and premiering Monday, Sept. 13 on FX on Hulu with its first three episodes), Y: The Last Man follows what happens after “a cataclysmic event decimates all but one cisgender male, Yorick Brown (Warcraft‘s Ben Schnetzer), and his pet monkey,” according to the show’s official description. The series then tracks the remaining survivors, as they attempt to restore what was lost in the wake of the destruction around them. 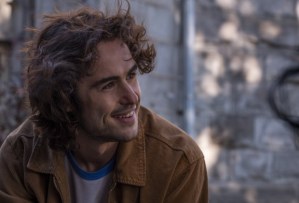 Despite her deep appreciation for the nearly 20-year-old source material, Clark wanted to update the story, particularly in terms of how we talk about gender today.

“We’ve learned a lot in the 20 years since the book was written,” she said. “It was really important to me to make a show that didn’t equate chromosomes to gender, because they are two separate things. We remind the audience early and often that Yorick is not the last man, but he is the last person with a Y chromosome.” (Yes, trans males exist in the new Y-verse.)

The showrunner and her team also updated other elements of the tale with regard to how the book discusses race, policing and prisons. But they didn’t stop there.

While disrupting the gender binary was an important facet of the adaptation, it wasn’t the only binary Y: The Last Man, the series, aimed to dissect. The duality of Democrats and Republicans is also challenged, as Jennifer Brown (House of Cards‘ Diane Lane), a Democratic lawmaker and Yorick’s mother, becomes president following the event. But not everyone agrees with her politics.

“The show is interested in disrupting binary thinking in all ways,” says Clark. “We talk about it a lot with gender, but human beings are meaning-makers, and we like to assign categories to people. We take the binary of Democrat and Republican, which has become so polarized and so intense recently, and we show that there’s divisions within those categories.”

Enter Kimberly Campbell Cunningham (Joan of Arcadia‘s Amber Tamblyn), daughter of the former president, who will do whatever it takes to bring back some semblance of normalcy to the country. “Kimberly has gotten all of her identity and her power in this world through proximity to men, and she’s desperate to hang on to it at any cost,” teases Clark. “It makes her really dangerous.” 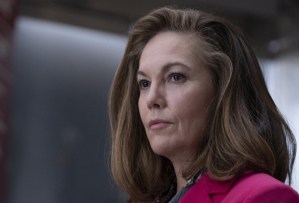 And Kimberly won’t be Jennifer’s only adversary. A legitimate claim to the presidency soon rears its head, and that person is “diametrically opposed to Jennifer’s way of thinking.”

“Jennifer wasn’t voted in. It was kind of a fluke that she ends up in this role,” says Clark. “She’s had this ambition her entire career. Suddenly she’s gotten what she wants, but it’s in the most dire of circumstances, and because Jennifer’s son is alive, she has even more at stake in trying to hold on to power. That puts her in a really interesting moral gray area.

“The political struggles between the women in the Pentagon are our way of talking about the kind of political system that we’re currently living under,” she explains. “Which is horrifying!”