Obtaining the priceless Alamainian gemstones was only the first step in righting past wrongs on Peacock’s Days of Our Lives: Beyond Salem, a five-episode limited series which came to an exciting conclusion Friday on NBC’s sibling streamer.

That’s because, as viewers soon learned, the bad guys hadn’t quite revealed themselves. Turns out that wasn’t Shane who collected the emerald from Leo and the amethyst from Ciara and Ben, but Shane’s evil twin brother Drew. And that’s why he didn’t go ballistic when Ben apologized for murdering his granddaughter Paige.

Later, when the real Shane arrived to tell them that they’d been duped, he did yell at Ben and emphasized the fact that Paige was an innocent victim. Ciara attempted to defend Ben, but Shane was over it. “Hope to hell you’re right about this guy,” an enraged Shane barked before leaving to take down the bad guys.

Over in Switzerland, John, Marlena, Anna and Tony couldn’t believe that they’d been tricked by a fake Shane. Things got even crazier when Carrie figured out that it was ISA agent Kyle Graham who had framed her hubby Austin by sneaking the missing ruby and citrine into his luggage — the same Austin who was still in ISA custody at that point, because the authorities hadn’t connected the dots as quickly as Carrie had. 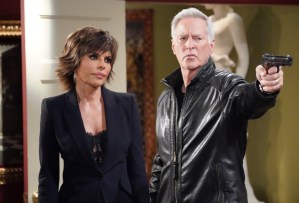 Soon after, at the Alamainian museum, Billie and John cornered Drew, aka the fake Shane, so he could stop wreaking havoc. And that’s where Kyle revealed his true identity as a double agent who had been working with Drew to secure the jewels for the golden peacock. The figurine wasn’t simply priceless and ornamental, it actually doubled as an evil homing device that could cause explosions, carnage and chaos in cities like Miami and even Salem.

Drew pushed the button on his smartphone to make everything go boom, but nothing happened. Leo had given the fake Shane a fake emerald and unintentionally saved the world. Will, Sonny and Chad got the real emerald from Leo, and Billie and John — with the help of a late-to-the party Marlena — took down Drew and whatever Kyle’s real name was and saved the day. 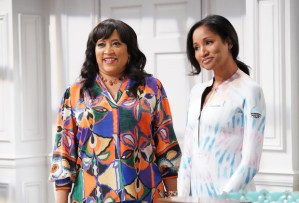 The ISA released Austin and dropped the charges, and the Alamainian curator dude asked Billie out on a date. Too bad Kristen, who must’ve been working for Drew and Kyle, wasn’t around to see that. Oh, and Paulina’s friend wasn’t Michelle Obama, but the wife of a rich plastic surgeon named Michelle White who lives in “the White house,” so named for their surname. Get it?

What did you think of the Days of Our Lives: Beyond Salem finale? And are you hoping for a sequel? Grade the limited series in our poll, and drop your thoughts in the comments.