Fans of Tyler Perry’s Sistas are so concerned about Maurice’s fate that they have started approaching his portrayer, Brian Jordan Jr., in public. That’s because in the BET drama’s Season 3 midseason finale, Q, his mentee and new lover, pulled a gun on Maurice and demanded entry into the bank where he works.

“You would think with COVID and masks that things would be different, but people don’t care. They’re very worried about Maurice — and that’s a blessing,” Jordan laughingly tells TVLine. “I also can’t tell them anything except, ‘Don’t worry too much. Maurice is a fighter.'”

Jordan also says he understands why Maurice has so many loving admirers who tune into the soapy series every week to watch him interact with the five beautiful and Black career women that embody the show’s title. (Sistas returns for the second half of Season 3 on Wednesday, Oct. 13.)

“I would love to think that Brian is loveable too,” the NYU Tisch School of the Arts-trained actor, singer and dancer adds, sardonically. “But Maurice definitely has a charm that I don’t have and a boldness and a courage that I don’t. I admire that about him. Tyler [Perry] has done a wonderful job of creating a gay Black character based on the people he grew up around, who helped him form Maurice.” 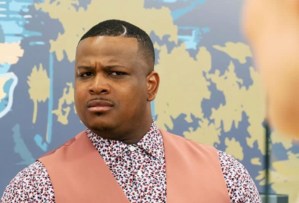 Jordan says he infuses some of himself into the character as well. This includes all of those hilarious moans and mirations.

“A lot of it comes from the page, and some of it is from my own experiences,” he explains. “I’ve watched and studied and developed as an actor, and I just try to use all of that to build Maurice up. It’s a mixture with its own energy. Maurice has become his own being outside of me. Maurice is just a full-on being.”

The character’s evolution is especially impressive when one considers he was originally developed as a small, ancillary role.

“Initially, Maurice was kind of an ornamental character. I didn’t have many scenes at all,” Jordan recalls. “But fans responded so well that his storylines grew and he had more to say and do. People wanted to see more of Maurice because he’s such an anomaly on the show. Everyone else is either one of the Sistas or somebody dating one of the Sistas. Maurice is just a breath of fresh air around those girls’ craziness. He brings range and variation to that world.” 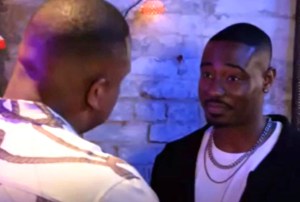 Given the way “gay for pay” Q has betrayed him, one has to wonder if Maurice will ever find a love of his own. But the Baton Rouge, La. native is hopeful .

“I don’t know if Maurice will ever find love. He hasn’t yet,” Jordan says. “But I really hope he does, because that’s something that we all deserve. I know Maurice more than anybody else and he certainly wants love. Maurice is love. No matter if he’s telling a joke or saying something rude, it always comes from a loving place.”

Do you think Maurice is in grave danger and what are your predictions about his fate on Sistas? Drop your thoughts in the comments.