Are NCIS: LA‘s “Densi” due for a special team-up? When will Stargirl‘s Eclipso show his bad self? Is a triangle forming in Chesapeake Shores? How will Chicago Fire mark a milestone? Read on for answers to those questions plus teases from other shows. (Email any brand-new Qs to InsideLine@tvline.com.)

Any NCIS: Los Angeles news? Especially about Callen and Anna? –Ellie
As part of our in-depth Fall Preview Q&A, showrunner Scott Gemmill said that Callen is “still romantically involved with Anna and thinking about how their future might look.” And similarly, so are the writers. “We haven’t resolved how we want to end that. We have a few irons in the fire,” said Gemmill. “With those sort of relationships, sometimes we give ourselves some options, play out the season and see what feels right.”

NCIS: LA‘s Eric C. Olsen during a Q&A for CBS back in July said he would be writing an episode for Season 13. Can that be confirmed? –Tony
ECO will in fact write the coming season’s 19th episode — which will be directed by scene partner Daniela Ruah! 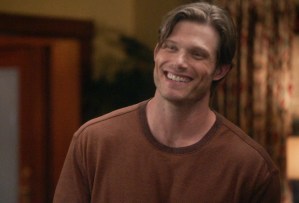 In Grey’s Anatomy Season 17, it was hinted that Link would hide in the garage to drink; was that foreshadowing for a possible storyline in Season 18? Is he gonna fall off the wagon because Amelia rejected his proposal? –hotticuslincoln
“No, no,” EP Meg Marinis told TVLine when we delivered your Q. “I think that was him having a drink while he played his guitar. I wouldn’t be worried about Link in that way. There’s a difference between going to the garage and sneaking a drink and going to the garage and sneaking 10 drinks.” Whew.

Any idea when Amazon’s Carnival Row Season 2 will premiere? It’s been two years since it came out. –Fatih
No updates, sorry!

Is there going to be a love triangle between Chesapeake Shores‘ Jay, Abby and Evan? And will Evan and Abby have meaningful moments going forward?  –Clarissa
“Abby’s not looking for love this season. It’s sneaking up on her,” showrunner Phoef Sutton tells Inside Line. “She’s focusing on work — trying to clear up the Dilpher affair, trying to help build the family company. But Jay is always there and he’s the nicest guy in the world. She can’t help but be attracted to him. And Evan? He’s a business partner — he annoys her in a way that she rather enjoys. She likes sparring with him in many ways. But the idea of an attraction to him? That’s the furthest thing from her mind. But sometimes the furthest thing from your mind is just what happens…” 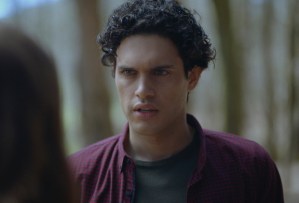 Any plans to have Landon’s mother Seylah on Legacies again? –Mark
Showrunner Brett Matthews can neither confirm nor deny whether we’ve seen the last of Landon’s mother, but he did confirm that we’ll be spending more time with another member of Landon’s complicated family tree. “We will be seeing more of Clarke,” the EP shares. “This is a season that takes relationships we’ve been building for years and either radically alters them or things reach their completion. We will always hope to find ways to see more of Clarke. He’s really interesting, and we like his dynamic with all of the characters. He’ll definitely be front and center in an episode or two along the way.”

Can you dig anything up on Chicago Fire‘s 200th episode? –Christie
The milestone installment will feature “big events, big calls, big, life-changing decisions,” showrunner Derek Haas teases. “It’s really one of those episodes that when people look back at the run of the series, it’ll be a big, defining moment in where we are.”

Is Lina Esco leaving S.W.A.T., since Chris is supposed to be representing the team in Europe? –Angela
I can assure you that Esco is still a series regular this season. 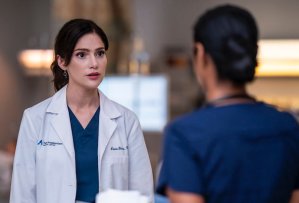 Any news on New Amsterdam‘s Bloom and Leyla? I’m intrigued. –Dollaya
“I don’t think Bloom has ever been happier,” showrunner David Schulner tells TVLine. “I don’t think she’s ever been kinder or more at peace and more giving and soulful, and I think that’s all because of her relationship with Leyla. And as someone who worked in the emergency room and probably went through the worst of the COVID experience, it’s great to see Bloom so full of joy this year.”

I’m pleased that The Other Two has returned, but I could have sworn that another sitcom that premiered around the same time in 2019, Los Espookys, had also been renewed. Any word on whether this hilarious show did, indeed, go into production on when it will return? –Nick
I asked around, and Season 2 of the HBO comedy is on track for a 2022 premiere. 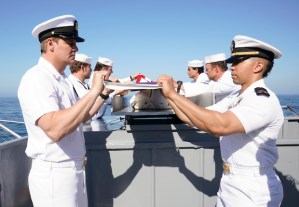 Do you have any scoop on how the void left by Full Metal’s death will be filled on SEAL Team? Will there be a new Bravo operator given that Ray is now a Warrant Officer? –Sara
In a word, no. “We talked about that, and due to the nature of this season, once the ball gets rolling it’s a very propulsive ride. And it didn’t print itself to be done in an organic way,” showrunner Spencer Hudnut told me. “So, unfortunately not.”

Any idea when Stargirl will actually show us Eclipso? Big Nick Tarabay fan here! –Dom
In a pre-season interview, showrunner Geoff Johns said that we wouldn’t see Eclipso “in the flesh” until “a little deeper into the season.” As he explained, “You will see Nick Tarabay in his horrifying makeup, but we wanted to build to that moment.  So that when he finally does set foot in Blue Valley for real, and you see him manifest, it felt deserved, it felt scary, and it felt like everything had changed. And I think when people see that episode, hopefully they’ll be both happy and scared.”

Isn’t there another season of The Amazing Race already taped? Any idea when it will air? –Colleen
Actually, as host Phil Keoghan shared over a year ago, “we were shooting Season 33, and then, look, all hell broke loose [with the pandemic] and we had to come home.” But I brought your Q to CBS Entertainment chief Kelly Kahl, and he said, “We’re hoping to back out shooting very soon. There is a plan in place to get going, and hopefully we’ll have something for later on in the [2021-22 TV] season.”

If you want the Inside Line on a favorite show, email InsideLine@tvline.com! Questions left in Comments will not be read and may very well count against your final score. (With additional reporting by Andy Swift and Vlada Gelman)