It’s not always easy to separate fact from fiction on Hulu’s autobiographical rap drama Wu-Tang: An American Saga. But if there is any truth to the story that RZA (née Bobby Diggs) secured a top-notch criminal defense attorney after the man saw a Kenny Loggins album in the rapper and producer’s crate, then clearly, Wu-Tang Clan ain’t nothing ta f–k wit.

This is one of the compelling, albeit apocryphal tales that comes out in the Season 2 premiere of the series, which dropped Wednesday on the streamer. It’s in this episode, titled “Little Ghetto Boys,” that fans also find out Bobby needed a good lawyer after he shot a romantic rival in self-defense. Bobby had moved to Steubenville, Ohio from New York to get away from the street violence of his old neighborhood and to start a new life after shooting another dude in self-defense. He narrowly escaped conviction.

Bobby, who hadn’t become RZA yet, apparently had a face that screamed “try me,” because that’s exactly what his street enemies kept doing. While in jail awaiting trial, Bobby became even more introspective. His boy Dennis, who would become Ghostface Killah, meanwhile, fought for his life after getting shot in the neck by a competing drug outfit, and he became a father, too. 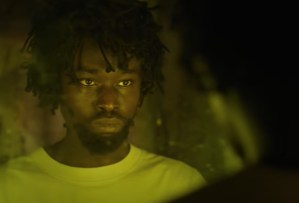 The bloodshed wasn’t in vain, however, and Bobby’s friends sold a lot of “product” to post the bail, and his father used his house as collateral. Once Bobby got his day in court, he cleaned himself up and told a more honest and believable account of what happened the night he shot his girlfriend Mecca’s menacing ex-boyfriend.

This being Wu-Tang: An American Saga and all, Bobby recalled the story in rap form. (Somehow, this feels like episodic director Mario Van Peebles’ influence, but that’s neither here nor there.)

What matters is that if Bobby hadn’t told a story more compelling than that of his foe or retained an impressive lawyer, who can say if we would have ever experienced the innovation and brilliance that is the Wu-Tang Clan? Chances are Bobby wasn’t going to evolve into RZA had he served prison time, because that’s not how prison works. 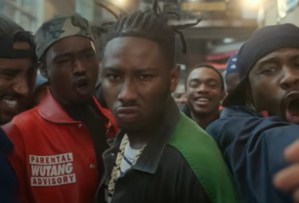 That is the beauty of this series. Real or exaggerated, these origin tales give Wu-Tang fans and viewers of the series a greater appreciation for how close these guys came to not realizing their dreams and how transcendent their destinies had to have been.

Oh, and if you’re wondering why Bobby had a Kenny Loggins album in his crate, he had it because, as he explained to his attorney, KL is a great American songwriter. Truer words.

What did you think of the Season 2 premiere of Wu-Tang: An American Saga, and are you excited to see more installments? Grade the sophomore-season opener in our poll, and drop your thoughts in the comments.