Unclog your cowl ears, because Batman: The Audio Adventures is heading to HBO Max — and on Batman Day, of course.

Starring Jeffrey Wright (Westworld, The Batman‘s Jim Gordon) in the title role, Rosario Dawson (Marvel’s Luke Cage) as Catwoman, John Leguizamo (Bloodline) as the Riddler, and “a who’s who of incredible Saturday Night Live alums,” the scripted podcast serial is described as a “rollicking, over-the-top Batman adventure,” drawing inspiration from the spirited fun of the 1960s Batman TV series fronted by Adam West, the vintage noir atmosphere of Batman: The Animated Series, and the entire 80-plus year history of Batman.

All 10 episodes will land on HBO Max on the aforementioned Saturday, Sept. 18. It is believed a version of the title card below will be on screen as the audio-only podcast plays. 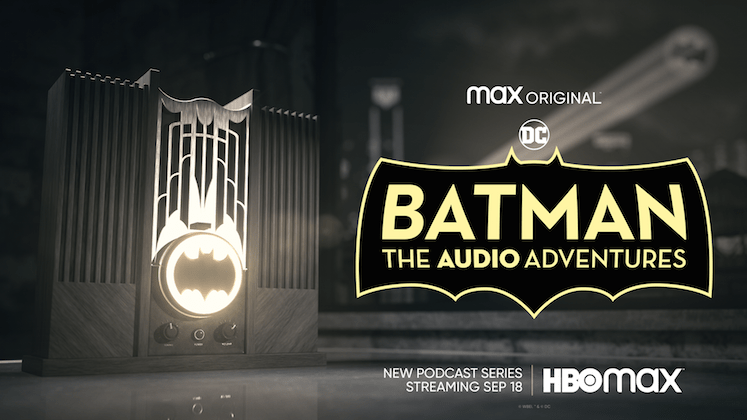 “Gotham City comes to lurid life in the theater of your mind with a sensational pageant of technicolor villainy unlike any other on Earth,” reads the synopsis. “Mafioso Penguins. Thieving Catwomen. Terrorizing Riddlers. Killing Jokers. A city where some problems can only be solved by a billionaire in a bat costume.”