TVLine invited Tom Ellis and Lauren German to take us on a whirlwind tour of Lucifer‘s six-season run, in our video Q&A with the supernatural-tinged procedural’s stars.

Lucifer's Final Season: Everything We Know 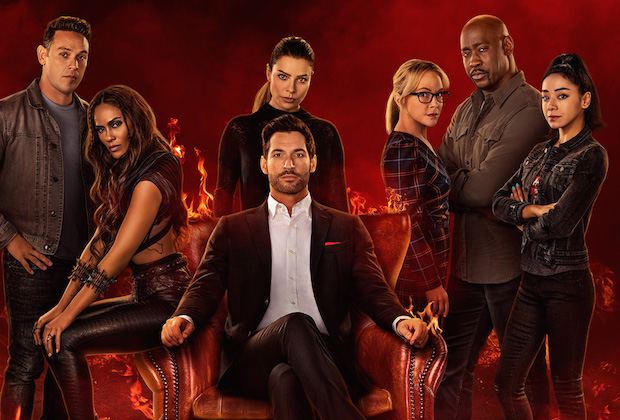 Looking back on the filming of the series’ pilot back in Spring 2015, Ellis said, “I fell in love with the character by the third page of my first read of the script.” He also vividly remembers the shoot shutting down Hollywood Boulevard for five straight nights, and thinking, “‘Wow, this is a big thing!’ I was really excited about how it was going to turn out.”

German, coming off a run on Chicago Fire, similarly remembers the pilot as being on “a bigger scale than anything I’ve done.” And yet as much as she loved the series and its premise, “Us getting cancelled on Fox, and the amazing fans that we adore saving us [by lobbying for a Netflix pick-up]…? I don’t think Tom or I ever expected that.”

Speaking of the fans, Ellis goes on to recall how the reaction to the Fox drama between Seasons 1 and 2 went from “Nobody knew who we were” to “We love Lucifer! We love Lucifer!” To a point that, prior to Fox cancelling the show after Season 3, “I was thinking, ‘Gosh this seems a helluva lot more popular than Fox thinks it is!'”

Both Ellis and German then get to teasing the final, 10-episode run which arrives on Friday, Sept. 10. While spoiling nothing, Ellis calls it “a fitting goodbye to our characters,” and one that “leans into everything we’ve earned up to this moment.” German, meanwhile, effuses about how the farwell run is very much about “Chloe and Lucifer really being a team, and there for each other as a couple,” as the former mulls stepping up to be God. “Usually it’s this push and pull” between the longtime Will They/Won’t They couple, “but this last season we really are on the same team.”

And when that 10th and very final episode draws to a close…? What will fans be feeling then? “I hope that they’ll be sobbing! And I hope their hearts will be filled with joy at same time,” says Ellis.

“‘Bittersweet’ is a great term for the ending,” adds German, who says that while fans will be thrown some unexpected twists and turns, “I think ultimately they’ll get what they want to see.”