From the very first episode of HBO Max’s The Hype, streetwear design competitors Justin, Kai and Paije emerged as judge (or “cosigner”) favorites.

There was room for only two competitors in the end. To eliminate the least strongest contender, the cosigners had all three present their lookbooks and explain the overall messaging and cohesiveness of their designs. Justin went first and said his collection captures man’s internal struggle. His desired effect must’ve worked, too, because Offset said he liked the message “We don’t need to kill ourselves to feel alive” on the back of one of Justin’s sweatshirts so much, he wanted to hang a photo of it on the wall of his home.

Next up was Kai, who created a collection based on community and group dynamics in which one leader would ascend. Later in the competition, Senofonte and Birkett would aptly describe Kai’s 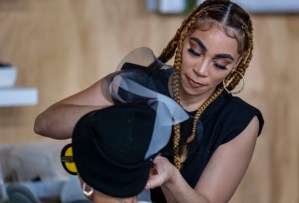 style as “music video fashion.” Last but not least, there was Paije, who had more color and femininity in her collection than both Justin and Kai’s racks combined. Paije, who hails from Detroit, talked about how too many designers were stealing from Black culture, but not advocating for it the way she does.

Although Birkett said Paije was the most improved design competitor on The Hype and agreed that Paije’s current rack was better than the one she entered the competition with, Senofonte wondered if that meant she could go toe-to-toe with Justin and Kai. Ultimately, the three cosigners decided that Paije’s streetwear vision wasn’t strong enough. But Senofonte saw something in Paije and said even though she was eliminated on the show, she wanted to personally work with Paije on a special project. In that way, Paije was the real winner. 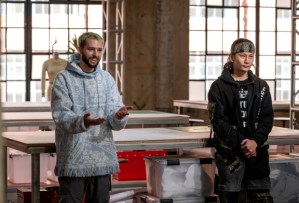 And then there were two. To win the title and the $150,000 prize, Justin and Kai had to add two new outfits to their collections and present all the looks in a very urban and edgy fashion show where a songstress named Jungle Pussy performed. Before the show, streetwear icon Dapper Dan showed up and gave Justin and Kai words of encouragement. But he seemed to like Justin’s clothes just a little bit more.

Inspired by Dan’s shine and his late father, Justin created a breathtaking mixed-pattern camo hoodie that Offset said he wanted to wear on the spot. Kai, meanwhile, designed a leather and bandana print vest that he paired with a flannel shirt. 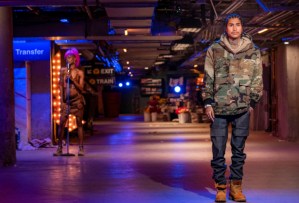 When it was all said and done, Justin’s hoodie was too hard to beat because it was all the cosigners could talk about, and that’s probably why Justin won. His hoodie and the way he styled it with pearls made the judges go gaga and sadly, none of Kai’s new pieces could compare.

Offset announced Justin as the winner, and Kai cried a little but still gave Justin dap. Kai said he felt like exposure from the show would help turn him into a star, and Senofonte said Kai was already a superstar who didn’t need The Hype. Kai agreed… but he still wanted that bag.

What did you think of Season 1 of The Hype? Grade the show in our poll, and tell us in the comments if you think the right designer won.