A lovey-dovey Da Jeong and Young Do annoyed their friends in the final two episodes of You Are My Spring, but undoubtedly delighted viewers who’ve been rooting for the couple throughout Season 1.

Young Do opened car doors and pulled out chairs for his new girlfriend, and Da Jeong fed her new boo sweets at the coffee shop. They held hands, kissed and complained about being apart for five days because Da Jeong had a work trip. They stayed at a bed and breakfast and wore matching pajamas, and the finale’s closing scene even implied the two were going to, um, consummate their relationship, if those Cialis-quality smiles were any indication.

Best of all, Da Jeong and Young Do got to know one another better. He promised to stay healthy as long as he could, and she took him home to get her mom Mi Ran’s official approval. Mi Ran even showed off Young Do to her friends at the market, and “the aunties” wasted no time peppering him with questions, comments and once-overs. Ga Yeong even made an appearance and helped put Mi Ran’s mind at ease as Young Do’s ex-wife. 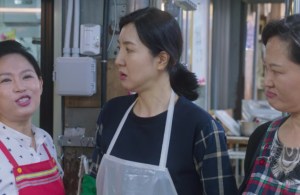 As she explained, they got married to save each other’s lives, and once they had done just that, the marriage was over. Mi Ran was pleased with the answer, and the two shared beers, pizza and laughs. (Man, that pizza looked so tasty.)

Da Jeong also started piecing together the clues that her brother Tae Jeong and her best friend Eun Ha were dating. Those suspicions got confirmed when Tae Jeong called Eun Ha’s phone and Da Jeong answered. The older sister wasn’t thrilled with the news, but she eventually accepted it with Young Do’s help.

Speaking of Eun Ha, she finally confronted her dad about his sexist ways, and he drank away his sorrows. And Eun Ha was fully prepared to keep being angry at her father until her twin brother Cheol Do stepped in and reminded her that he’s the only father they have, flaws and all. So why not love and forgive? Season 1 closed without showing just how Eun Ha would forgive her father, but chances are Tae Jeong will help. 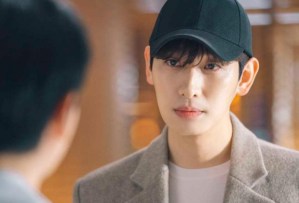 There was also a lack of closure for Ian Chase’s story. Sure, he went to the police and confessed that he had hired the writer/homeless stalker to murderously avenge him and his twin Chae for all the wrongs committed against them by those weird church cult people. But there wasn’t a legal consequence. The police did, however, arrest the murderous stalker and close the case. Ian also didn’t kill the Chairman in surgery as promised, and the powerful woman who hired him to eliminate the Chairman vowed revenge, but that didn’t play out in time for the finale either.

Young Do also convinced Ian to keep living, but what kind of life is he going to have? His therapist is awful, so does that mean Young Do is going to become his psychiatrist? Man, it really felt like the writers lost interest in Ian Chase, too, and his only real sense of resolution was to tell the ghost of Chae he was the shadow, not Chae. Young Do also inadvertently saved the life of a suicidal stranger over the radio by sharing the plot of the Iranian film Taste of Cherry. 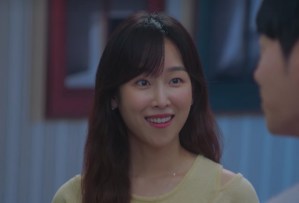 In a perfect world, the one Ian Chase daydreamed about, Young Do and Da Jeong would be his friends, and they would all laugh, reminisce about their childhoods and hang out. That wasn’t meant to be, sadly. And Ian’s true punishment seemed to be eternal loneliness.

What did you think of You Are My Spring Season 1 and its finale? Grade it in our poll, and drop your thoughts about the K-drama in the comments.