Big Sky‘s Jenny is getting a blast from the past in the form of Logan Marshall-Green, who is joining the ABC drama in a series-regular role, our sister site Deadline reports.

Who's In? Who's Out? TV's Major Casting Moves for Fall (and Beyond!)

Season 2 finds private detectives Cassie and Jenny investigating a car wreck outside of Helena, Montana. “As they unravel the mystery of the accident, their worlds will collide with a band of unsuspecting teens, a flirtatious face from Jenny’s past (played by Marshall-Green) and a vicious outsider hellbent on finding answers,” per Deadline.

Marshall-Green’s character Travis is an old friend of Jenny and her late husband Cody. When his undercover work crosses paths with Jenny’s new case, unresolved feelings are brought back up to the surface, making their partnership both difficult and dangerous.

Marshall-Green’s TV credits include Damnation, Quarry, Dark Blue and, of course, The O.C.

Big Sky is moving to Thursdays at 10/9c this fall, premiering Sept. 30.

* Showtime has picked up late-night series Desus & Mero for a fourth season and renewed the half-hour comedy Flatbush Demeanors for Season 2.

* Showtime has given a pilot order to the drama Coercion, written and directed by Susannah Grant (Unbelievable) and starring Sydney Chandler (SKAM Austin). The project is inspired by the life of Rebecca Bender, a national leader on (and survivor of) sex trafficking.

* Amazon Prime has released a first-look photo at The Summer I Turned Pretty, its series adaptation of Jenny Han’s book trilogy starring newcomer Lola Tung (as Belly), Christopher Briney (as Conrad), Gavin Casalegno (as Jeremiah) and Sean Kaufman (as Steven): 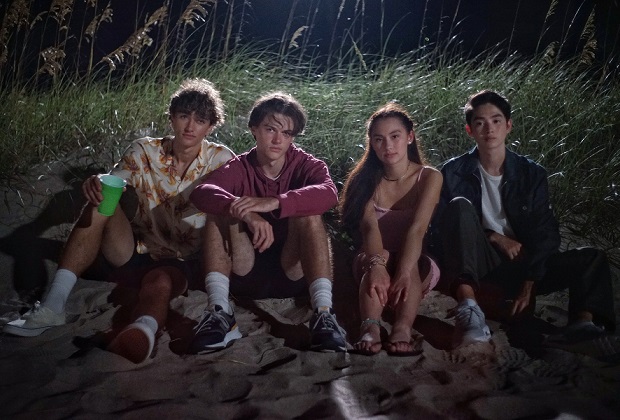 * Netflix has released a trailer for Season 6 of the baking competition Nailed It!, debuting Wednesday, Sept. 15:

* Love on the Spectrum Season 2 will premiere Tuesday, Sept. 21 on Netflix; watch a trailer: